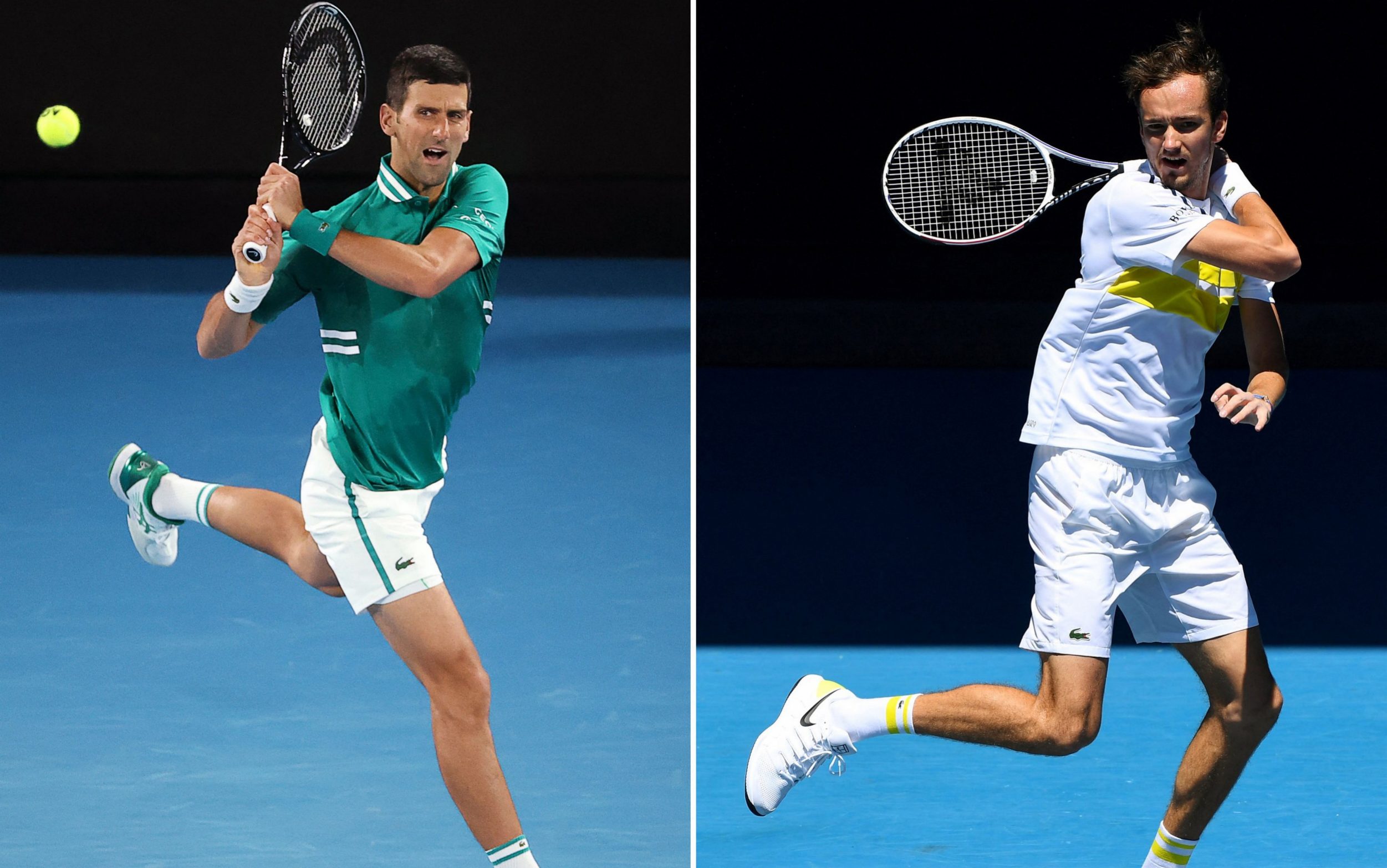 The delayed Australian Open has a familiar flavour to proceedings on men’s final day where Novak Djokovic bids for his ninth title in Melbourne and 18th major overall.

Today’s challenger comes in the form of the rangy Daniil Medvedev, a player who doesn’t care much for adulation and likes to say exactly what he thinks. In some ways, the Russian rivals Djokovic for the most unloved player of men’s tennis (outside of their own fanbase that is).

When today’s final gets under way, it will be interesting to see which camp spectators on Rod Laver Arena will back. Will they be rooting for the King of the Melbourne Hardcourts? Or will they be championing the underdog in his second major final?

Djokovic doesn’t help his cause to be loved, and was criticised in the build up to the Australian Open for petitioning organisers to ease strict quarantine protocols for players.

But there is no getting away from his affection for the hard-stuff in Melbourne, winning all eight finals he has contested since his maiden voyage in 2008 against Jo-Wilfried Tsonga.

This fortnight he has been struggling with a niggly abdominal strain, which he sustained back in the third round, and  Medvedev will be mindful of working that injury from the first serve.

In fact, there isn’t a more dangerous opponent in the men’s game currently than the Russian.

Since last November, Medvedev has been a machine on court, clinching the Paris Masters, the ATP Finals and the team-based ATP Cup in a 20-match winning streak that has included 12 straight victories over top-10 opponents.

Medvedev defeated Djokovic at the ATP Finals in London, but the Serbian is an altogether different prospect on the Rod Laver Arena.

“I like that I don’t have a lot of pressure because he never lost in eight times that he was here in the final, ” the 25-year-old said ahead of today’s final.

“It’s him that has all the pressure, getting to Roger, Rafa in the grand slams. I just hope that I’m going to get out there, show my best tennis. He has for sure more experience but more things to lose I think.”

Players will be on court from 8.30am.