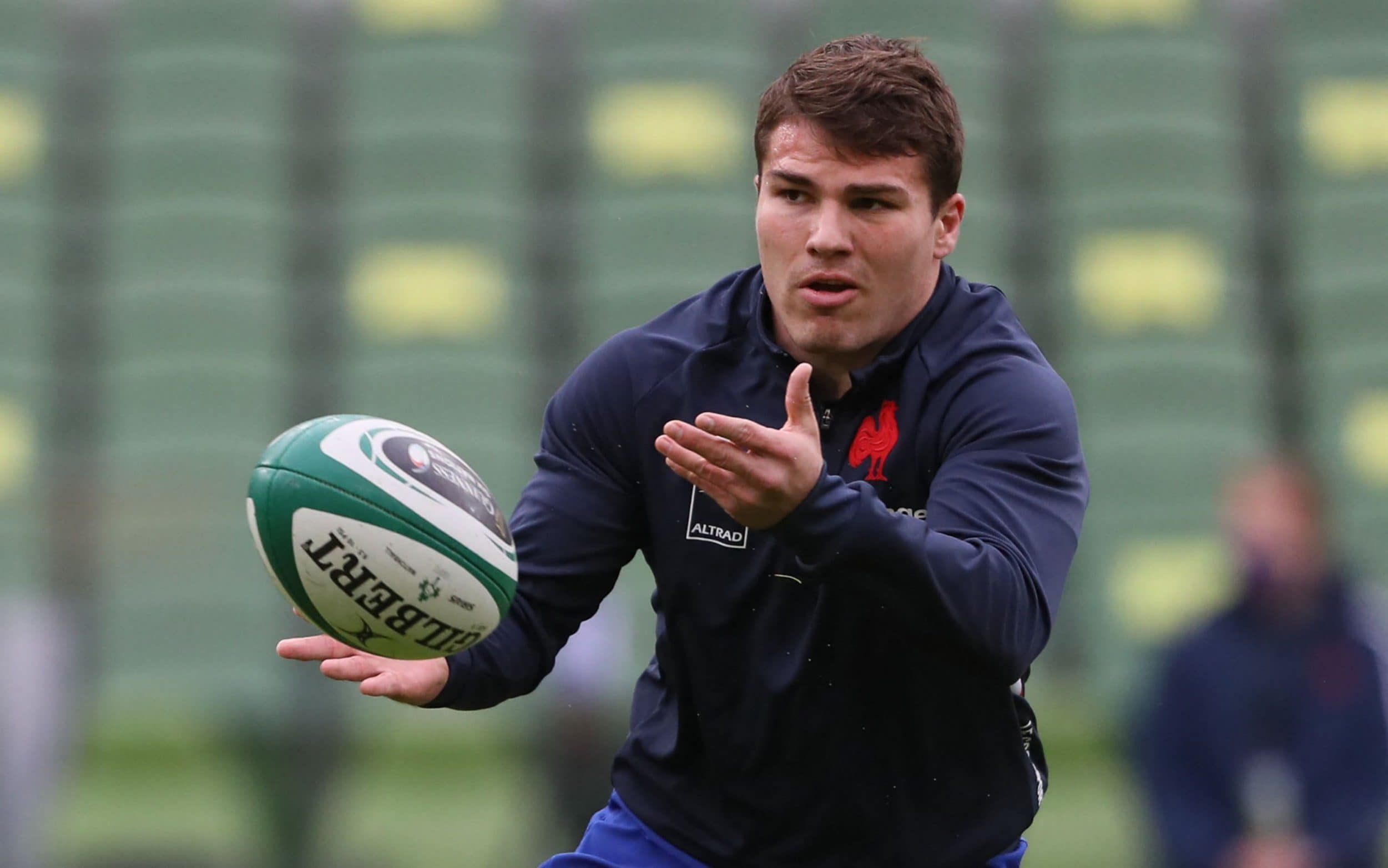 France’s preparations for their Six Nations match against Scotland have been further rocked after star scrum-half Antoine Dupont returned a positive Covid-19 test on Friday morning.

Dupont, who is asymptomatic, is the fourth member of France’s squad and backroom staff to have tested positive this week, and the 24-year-old will now isolate for the “coming days” according to a vague statement issued by the French federation.

Covid guidelines in France currently state that any individual testing positive for Covid must self-isolate for seven days, meaning that Dupont will be unable to rejoin his team-mates until next Friday at the earliest, just two days before Les Bleus host Scotland in Paris. France plan to increase their mandatory self-isolation period from seven to 10 days, but that will not be introduced until Monday, sparing Dupont’s definite absence at the Stade de France next Sunday.

After two wins in the opening two rounds for France, Dupont’s diagnosis adds further stress to their Grand Slam charge. Head coach Fabien Galthie, his assistant, former hooker William Servat, and one other member of France’s backroom staff tested positive earlier this week, while the France sevens squad, who trained with Galthie’s side last week, have also been forced to isolate due to a Covid outbreak.

Those backroom positives led to the entire squad being tested last Wednesday morning, with all players returning negative tests and returning home to their families to self-isolate. Tests were repeated on Friday morning, ahead of the squad’s planned return to their training base on Sunday, and the FFR confirmed that, out of the results returned so far, there had been 11 negatives, including captain Charles Ollivon, and one positive, Dupont.

The Toulouse scrum-half, who has 29 caps for France, was linked arm-in-arm to Galthie in the post-match huddle after last Sunday’s win against Ireland. The duo also sat alongside each other on Monday night when they virtually attended an annual awards ceremony for France’s rugby newspaper, Midi Olympique. But it was not until Tuesday afternoon that Galthie’s diagnosis was confirmed.

The absence of Dupont, hailed as the “best rugby player in the world right now” by New Zealand scrum-half Aaron Smith, would be a tremendous blow to France’s goal of winning their first championship for 11 years. Dupont has become the poster boy of Galthie’s new-look side and was crowned player of the tournament in last year’s Six Nations. In this year’s edition, no player has assisted more tries or made more offloads than Dupont, and he has made more metres and broken more tackles than any other scrum-half in the tournament, too.

As ever with France, however, the scrum-half riches are vast. If Galthie were to decide that Dupont’s lack of training time in the coming days meant that he would not be ready to face Gregor Townsend’s side next Sunday, then Toulon scrum-half Baptiste Serin would almost definitely fill the No 9 jersey. As the only other scrum-half in the squad, Clermont’s Sebastien Bezy would take Serin’s spot on the bench, as he did in the Autumn Nations Cup final when a callow France almost stunned England’s big guns at Twickenham.