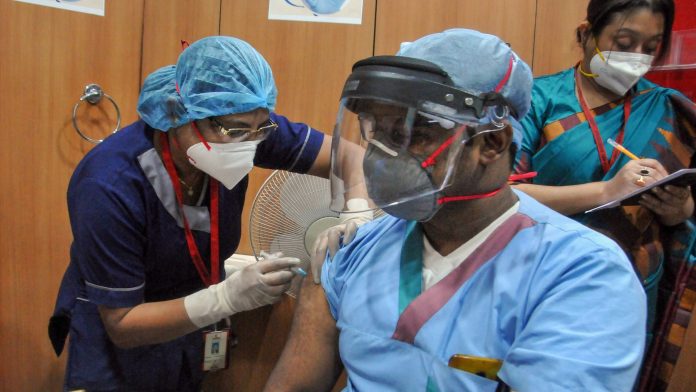 According to the Health Ministry, so far, there are 11 states and union territories where more than 75% of healthcare workers have been given the first dose of vaccine.

These include Bihar, Tripura, Odisha, Lakshadweep, Gujarat, Chhattisgarh, Uttarakhand, Madhya Pradesh, Rajasthan, Himachal Pradesh and Uttar Pradesh. There are 7 states where less than 50% of healthcare workers were given the first dose. These include Ladakh, Tamil Nadu, Delhi, Punjab, Chandigarh, Nagaland and Puducherry.

Second dose of vaccine given from 13 February

Priority was decided only in December

The first decision was made by the government itself in December of who would get the Corona vaccine. 300 million people have been included in this list. There will be 27 crore people, who will be over 50 years of age or who are suffering from some kind of serious illness, with 1 crore healthworkers and 2 crore frontline workers.