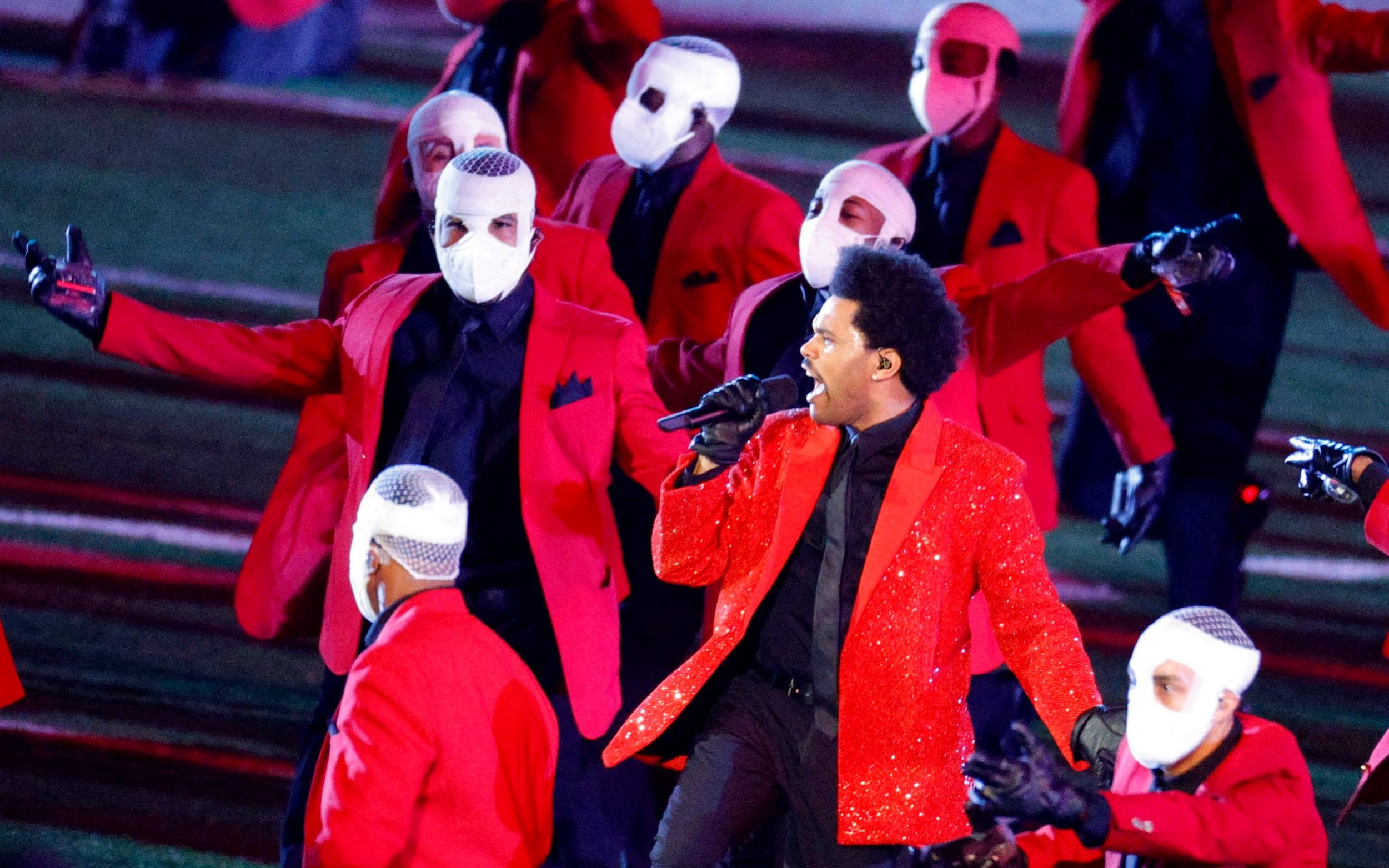 This was the year the Super Bowl halftime show could have done with an all American hero such as Bruce Springsteen or an escapist pop star in the vein of Lady Gaga. Instead, the honour of lighting up the Raymond James Stadium stadium in Tampa, Florida went to the Weeknd, the Canadian pop star who sounds a bit like a cyberpunk Michael Jackson and whose performance radiated a brooding allure perfectly attuned to the weird circumstances in which it unfolded.

Halftime at American Football’s biggest blockbuster has always been about fantasy and escapism. The challenge facing the Weeknd – real name Abel Tesfaye–  was wriggling free of the sobering reality of coronavirus. The carefree days of Katie Perry dancing with an out-of-step shark (Super Bowl 2015) or Chris Martin vibing with Beyonce ( 2016) certainly felt a long way off as Tesfaye emerged from beneath a split partition in the stand.

His appearance marked the culmination of days of intense preparation. The 16-minute spot was put together with a relatively tiny crew of 1050, all of whom had been extensively tested, bubbled and transported to the venue in a fleet of privately hired cars. Tesfaye also stumped up $7m of his own money to ensure the event was up to his spectacular standards,

Surrounding Tesfaye were seated ranks of backing musicians in scary robot masks with glowing red eyes. Was The Weeknd trying to acknowledge the difficulties of the pandemic by terrifying us before the gig had even started in earnest? It was hard to say, though the sense of tumbling down a surreal rabbit hole was accentuated as Tesfaye quickly nipped back into the tunnel from which he had emerged.