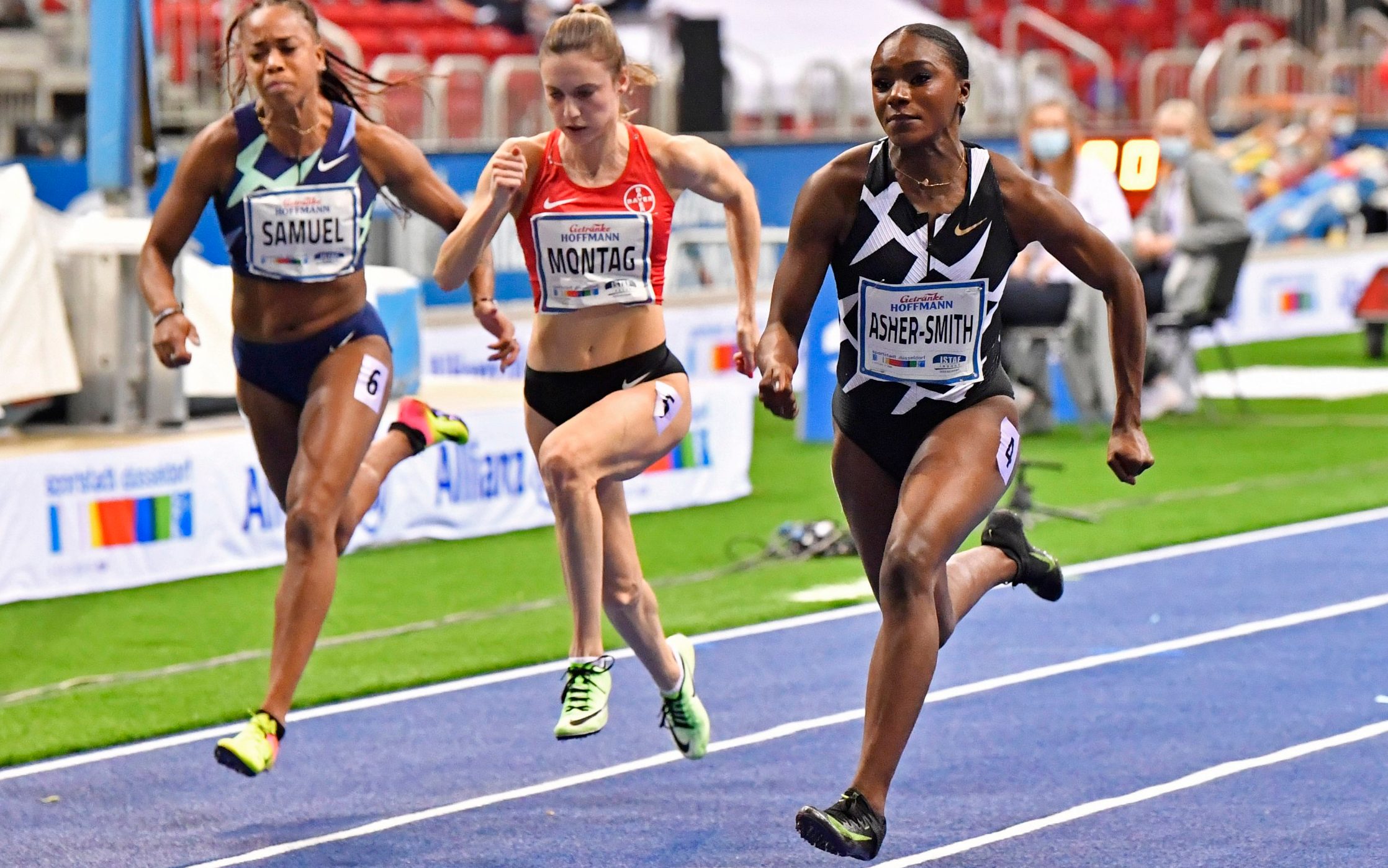 Dina Asher-Smith maintained her perfect return to international action after a 15-month break with a second 60 metres win in three days with victory in Dusseldorf on Sunday.

Having opted to prepare for the Olympics by taking part in a full indoor season for the first time as a senior athlete, the world 200m champion returned to action in fine fashion on Friday when equalling her personal best 7.08 seconds in Karlsruhe.

That was just 0.02sec away from Asha Philip’s British record, but Asher-Smith was unable to go quite as fast on Sunday, winning her heat in 7.15sec before improving to 7.12sec in the final.

“It was good,” she said. “I’m very happy to have done two solid performances back to back. It has been a while since I have competed so it is good to do that under those time constraints.

“I was really happy with how I started in Karlsruhe. I knew I was in good shape but sometimes it takes me a few meets to get going. So I was happy to come out and perform really well a few days ago.

“Hopefully with a bit more training and a bit more hard work, we can push to faster times.”

Asher-Smith will next compete in Lievin, France, on February 9, as she builds towards the European Indoor Championships in March, for which she will be an overwhelming favourite for gold.

Sweden’s Armand Duplantis, who last year broke indoor and outdoor pole vault world records, began his 2021 season with a 6.01m clearance to triumph in Dusseldorf. He had one failed attempt at a world record 6.19m before calling it a day.