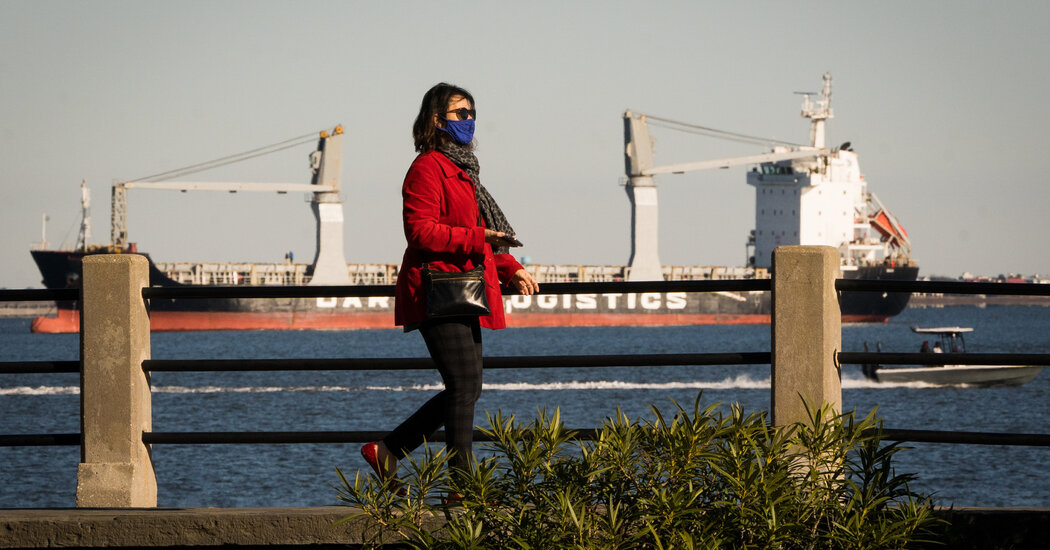 South Carolina was already experiencing one of the worst coronavirus outbreaks in the nation when officials got word this week of an alarming development: A new, more concerning variant of the virus, originally identified in South Africa, had been detected in the state.

Not long after, a second case was discovered with no known connection to the first, state officials announced on Thursday.

Neither patient had a history of travel, officials said, suggesting that what many public health experts had feared had come to pass: The new variant of the virus had taken root in the United States.

The arrival of the variant — believed to be highly contagious and less responsive to vaccines — underscores the shaky progress the country has made in its battle against the virus. Even as millions of people have gotten vaccinated, and the country teeters on a downward trajectory of about 150,000 new coronavirus cases a day, new mutations of the virus are threatening to undermine what little headway the country has made.

“It is a pivotal moment,” said Shane Crotty, a virologist at the La Jolla Institute for Immunology in California, who studies immunity against infectious diseases. “It is a race with the new variants to get a large number of people vaccinated before those variants spread.”

The variant from South Africa, known as B.1.351, is one of several mutations that have emerged as the pandemic has dragged on. Others include a variant from Brazil, which was detected in Minnesota this week, and one from Britain, which is spreading more widely in the United States.

The variants are believed to be more contagious, and the one from South Africa is among the most worrisome because preliminary research suggests that vaccines may be less effective against it.