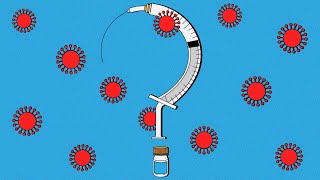 Are all the new variants the same?

All share a remarkably similar set of mutations in the spike protein of the virus – the part which locks on to human cells – but they are not identical. All have arisen in areas where there have been sharp recent spikes in Covid cases.

Why have they popped up at the same time?

Scientists are not certain. It’s speculated that they are the product of common evolutionary pressures. One theory is that patients who have Covid for an extended period enable the virus to mutate more efficiently. The UK, South Africa and Brazil all have many such cases.

Can they evade vaccines?

Moderna Inc announced on Jan 25 that its Covid-19 vaccine produced virus-neutralising antibodies in laboratory tests against new coronavirus variants found in the UK. Pfizer and AstraZeneca also think their vaccines will still work against the UK variant. The same is true of the new, but as yet unlicense, Novavax vaccine.

There is growing evidence that suggests the South African variant may end up evading antibodies produced by vaccines or natural infection some of the time. There is good evidence of this for the Novavax and Moderna products. The same is likely to be true of  Pfizer and Oxford. Much less is known about the Brazil variant’s impact on vaccines.

Experts say it is unlikely a vaccine will suddenly stop working all together. It’s more likely they will become less effective by increments as the virus changes.

Scientists note that vaccines which produce stronger reactions – most notably the RNA vaccines Moderna and Pfizer – will hold up longer against the new variants.

Is this pattern normal?

Yes, respiratory viruses tend to “drift” over time, and vaccines need to be constantly tweaked to keep up with them. This happens every year with the seasonal flu jab, for example.

How simple is the vaccine update process?

In theory it should be quite straightforward. As long as the changes that need to be made to vaccines are modest (just four or five changes to the more than 1,000 amino acids of the spike protein) then new vaccines can be produced quickly and without lengthy regulatory approval. The new RNA vaccines such as the one made by Pfizer can also be changed more quickly than conventional vaccines.