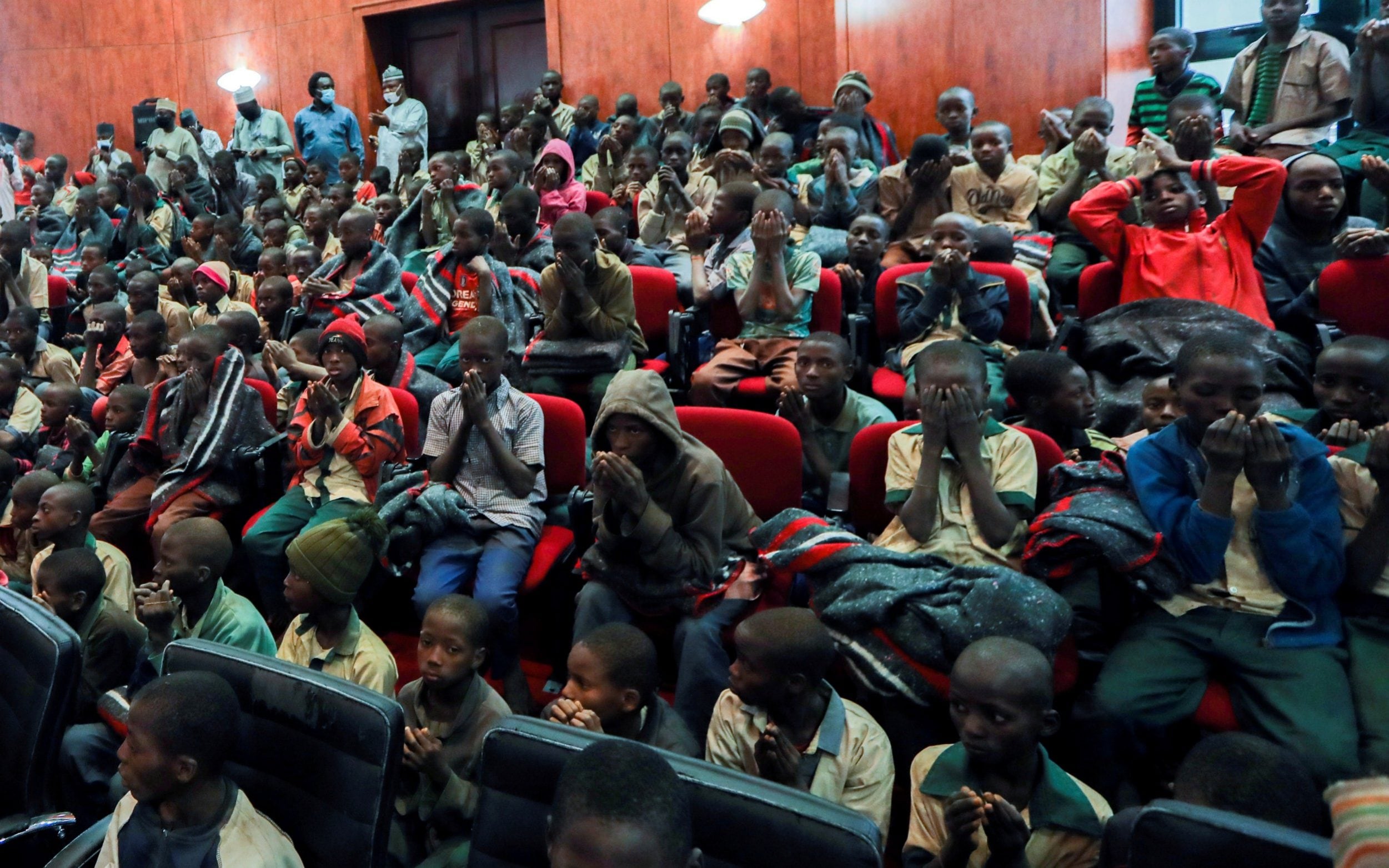 The governor claimed that security forces had cordoned off the area of Rugu forest in Katsina’s neighbouring Zamfara state where the boys were being held.

He said that the security forces had been ordered not to use their weapons and that they had established direct contact with the kidnappers to make sure the boys were released unharmed.

“I think we have recovered most of the boys,” said Governor Masari. “We thank God that they took our advice and not a single shot was fired.”

Questions also remain as to how and why the boys were suddenly released.

There were reportedly four different intermediary groups negotiating for the boys’ freedom on behalf of the government.

There is widespread suspicion that the government paid the kidnappers a ransom to avoid bloodshed.

However, the governor denied that was true, saying: “We did not pay ransom to the kidnappers, it was purely negotiation.”

It is also unclear exactly who conducted the kidnapping.

Initially, the incident was blamed on local bandits who regularly wreak havoc across Nigeria’s northwest. However, Boko Haram, who operate almost exclusively in the country’s northeast around the Lake Chad basin, quickly claimed responsibility.

Military and government sources told AFP on Thursday that the kidnapping was carried out on Boko Haram’s orders by a notorious local gangster called Awwalun Daudawa.

The 43-year-old bandit carried out the order in collaboration with several other criminal gangs in the area, the sources said.