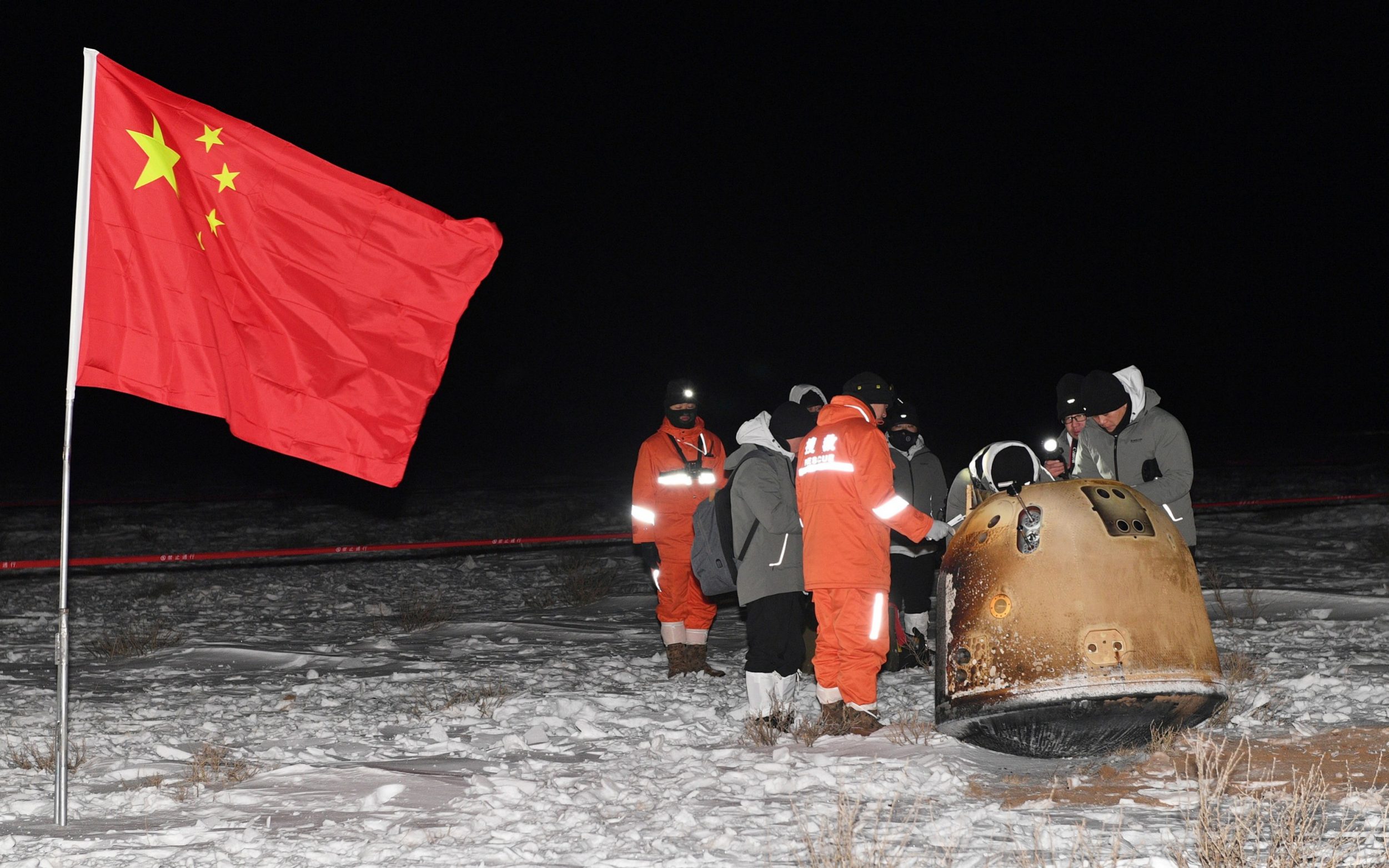 The newly collected rocks are thought to be billions of years younger than those obtained earlier by the US and former Soviet Union, offering new insights into the history of the moon and other bodies in the solar system. They come from a part of the moon known as the Oceanus Procellarum, or Ocean of Storms, near a site called the Mons Rumker that was believed to have been volcanic in ancient times.

As with the 842 pounds of lunar samples brought back by US astronauts from 1969 to 1972, they will be analysed for age and composition and are expected to be shared with other countries.

The age of the samples will help fill in a gap in knowledge about the history of the moon between roughly 1 billion and three billion years ago, Brad Jolliff, director of the McDonnell Centre for the Space Sciences at Washington University in the US.city of St. Louis, wrote in an email. They may also yield clues as to the availability of economically useful resources on the moon such as concentrated hydrogen and oxygen, Mr Jolliff said.

“These samples will be a treasure trove!” Mr Jolliff wrote. “My hat is off to our Chinese colleagues for pulling off a very difficult mission; the science that will flow from analysis of the returned samples will be a legacy that will last for many, many years, and hopefully will involve the international community of scientists.”