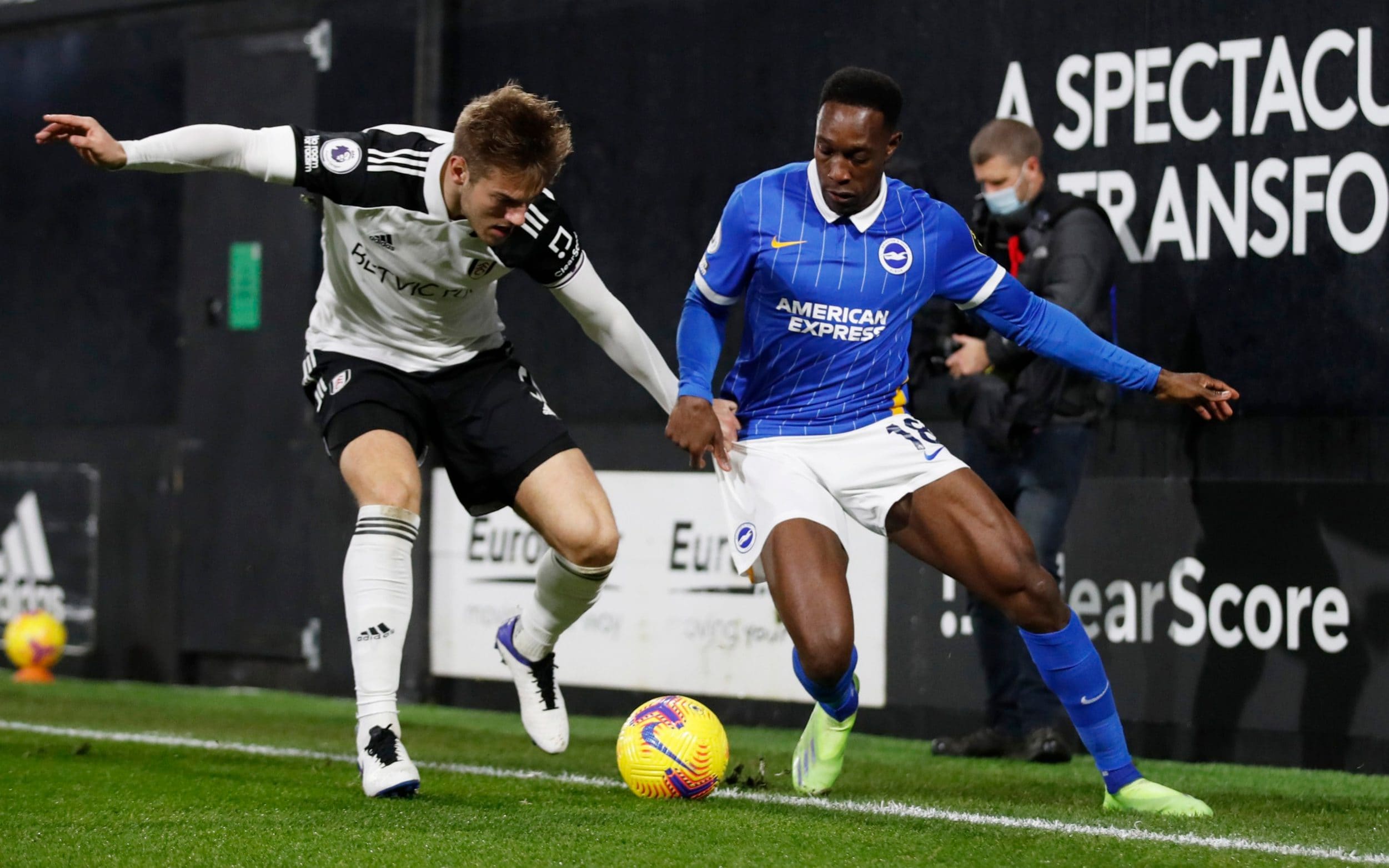 While many had Fulham down as dead certs for relegation after their first few games of the season, Scott Parker’s side have shown tentative signs of improvement in recent weeks.

Ever since their surprise 2-1 win against Leicester at the King Power Stadium late last month, they seem to have grown in confidence.

Despite following that up with a 2-0 defeat to Manchester City – a result which could have been much worse given their dismal defensive record at the start of the campaign – they gave an impressive performance against Liverpool at the weekend and, had it not been for Mohamed Salah’s late penalty, they would have won the game.

Brighton, meanwhile, are struggling badly despite showing occasional glimmers of brilliance this term. Their 3-0 defeat to Leicester on Sunday left them 16th in the Premier League, two points above Fulham and teetering on the brink of the relegation zone.

That means that a win for Fulham would see them leapfrog their opponents. Brighton have just one win from their last 10 games.

“I like where we are at the moment, I like the way we’re going,” said Parker ahead of the match. “We need to keep on that track and put in a very good performance.

“I think over the last six, seven or eight games – and this is a young squad – I feel like we’re developing in the right way.”

Brighton manager Graham Potter gave a similar assessment of Fulham’s progress. “Certainly recently they have done well in terms of results and they have played well,” he said.

“A lot of what they do is really good. They’re a bit like us, they’re fighting for points.

“The football concepts are clear, Scott has done really well and they have added some good players in the [transfer] window.

“You saw against Liverpool how competitive they are and how well they did. They’re in a good moment.”