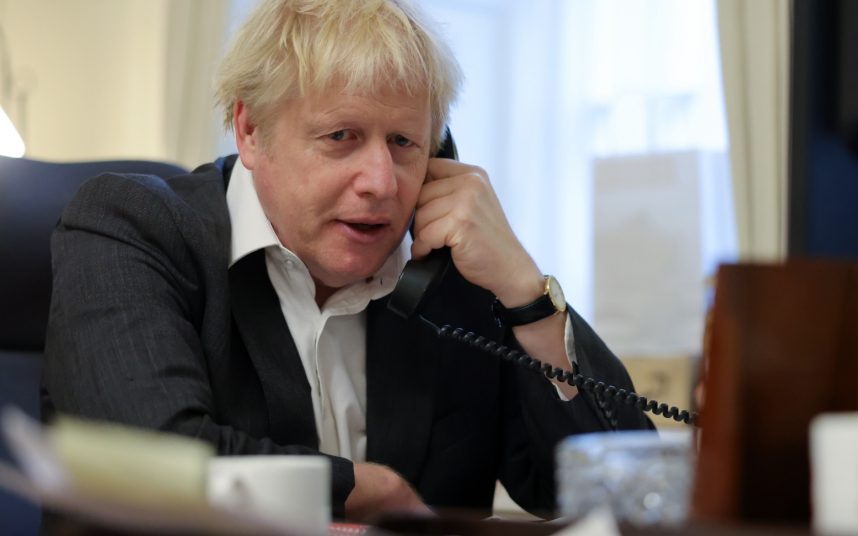 Another deadline missed. Brexit trade talks could go on until the end of the year after the EU abandoned yesterday’s negotiating cut-off point – bolstering expectations that a deal may now be done. Yesterday had been billed as the final decision on deal or no deal, but Boris Johnson and Ursula von der Leyen, the European Commission president, agreed to continue talks. Neither the UK nor the EU has set a new deadline, meaning a deal could be ratified as late as Dec 31, the day the Brexit transition period ends. Political Editor Gordon Rayner reports on mounting speculation that Brussels is preparing to back down over one of the key obstacles to a deal. Read about the remaining sticking points. Meanwhile, Chancellor Rishi Sunak is under pressure to avoid tax rises to meet the cost of a no-deal Brexit and supermarkets are stockpiling.

Khan calls for London schools to shut as Tier 3 looms

London’s mayor is calling for the capital’s schools to shut from today as new “catastrophic” infection rates pushed the city to the brink of Tier 3. Sadiq Khan’s demand puts him on a collision course with Education Secretary Gavin Williamson, who insists it is a “national priority” to keep children in school. One London council has already ordered its schools to close today, risking a confrontation in the courts. MPs from London and surrounding areas are to be briefed this morning on figures that show the rate of infection is doubling every four days. A health source said it now appeared “inevitable” the capital would be placed under Tier 3 restrictions – closing all pubs and restaurants – when the allocations are reviewed on Wednesday. Use our postcode tool to check infection rates in your area and remind yourself of the rules in different Covid tiers.

Meanwhile, a quarter of a million people are to receive the Prizer Covid vaccine by the end of the week, with more than 200 GP hubs about to start offering jabs. The Health Service is ramping up its vaccination programme, but GPs have warned of “logistical challenges” as they attempt to roll it out. The Health Secretary has said he hopes “several million” people will receive the vaccine before Christmas. This is how and where the first tranche of patients will be given the jab. And read how the Oxford and Moderna vaccines are progressing.

Literary giant John Le Carré dies at the age of 89

John Le Carré, the British author and former intelligence officer who won global renown for his spy novels, has died aged 89. David Cornwell – better known to the world by his pen name – passed away in Cornwall after a short illness, his agent confirmed last night. His celebrated novels, including The Spy Who Came in from the Cold and Tinker Tailor Soldier Spy, introduced the world to the character of George Smiley, a self-effacing Cold War spymaster. Jake Kerridge explains how parts of le Carré’s own life were transformed into his astounding books.

Blood donor rules | Gay men in long-term relationships will be able to give blood without having to vouch for three months’ celibacy. From the summer, anyone with the same sexual partner for more than three months will be eligible to donate blood if there is no known exposure to an STI or drugs that reduce the risk of HIV infection. The Government agreed to the findings of a review about the risk to blood transfusions.

Around the world: US election protests turn violent

Four people were stabbed and one shot in the stomach as violence flared following protests against the US election result. Around 15,000 men and women, some brandishing batons, gathered in the nation’s capital. Today, the electors – the group of people who form the Electoral College – will declare the results of the election, and Joe Biden will officially become the president-elect. View more striking pictures of the day.