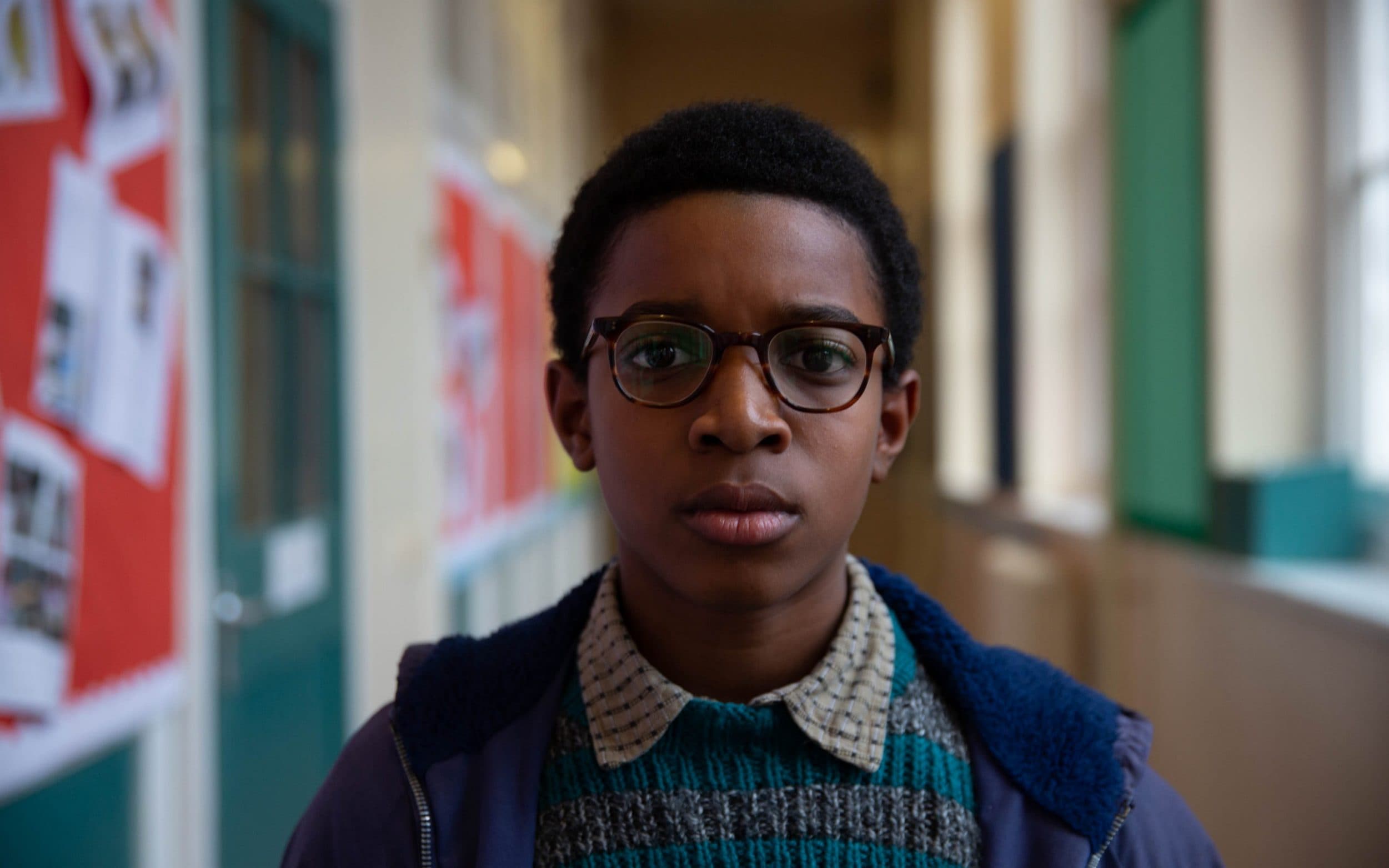 The title “Small Axe”, which Steve McQueen has given to his tremendous five-episode anthology about West Indian life in London, comes from a Bob Marley song and the lyric within: “If you are the big tree / we are the small axe / sharpened to cut you down”. The fifth and final episode, Education, is in some ways the slightest, and at 63 minutes, the shortest – under half the length McQueen gave to his searing treatment of police racism in the first one, Mangrove. This capper to an extraordinary run of work is the definition of a small axe, making its point with a tidy economy and focused just on a single oak-felling at hand.

It followed a 12-year-old boy called Kingsley (winning newcomer Kenyah Sandy) and his struggles within the school system, which are inspired by McQueen’s own childhood experiences. Kingsley had a fertile imagination, was decent at maths, and dreamt of being an astronaut. He lived an ordinary home life in Haringey, which McQueen captured with the achingly exact use of Seventies props and decor that have made these films so vivid.

It was in his English lessons that Kingsley came unstuck. Like the young McQueen, he’s dyslexic and terrified of the fact, concealing it from his parents and sister at home. In class, it isn’t so easy. Irony of ironies, that as the mixed pupils took turns to read out the first chapter of Steinbeck’s Of Mice and Men, Kingsley couldn’t make head or tail of it. His teacher treated him more or less like the classroom’s Lennie, calling him a blockhead in front of everyone.

Somehow, when all the boys are misbehaving in music practice, it was always Kingsley who was singled out for discipline. In a sequence of grimly convincing scenes, the school gave up on him altogether. Planning to farm him out to a “special school” called Durrants in Barnet, the smarmy headmaster (Adrian Rawlins) pitched this to Kingsley’s mother (the powerful Sharlene Whyte) as a splendid opportunity to get back on track.

It was anything but. For starters, Kingsley had to undergo the daily humiliation of getting a morning coach from his “normal school” to Durrants, along with all the other unfortunates. Once they were there, not much learning of any kind went on, and they were often left unsupervised, running amok like prisoners having a canteen food-fight. McQueen staged these scenes with a half-amused exuberance – these are kids, being kids – which did nothing to weaken the bruising social critique about inequality and which particular children were left behind.