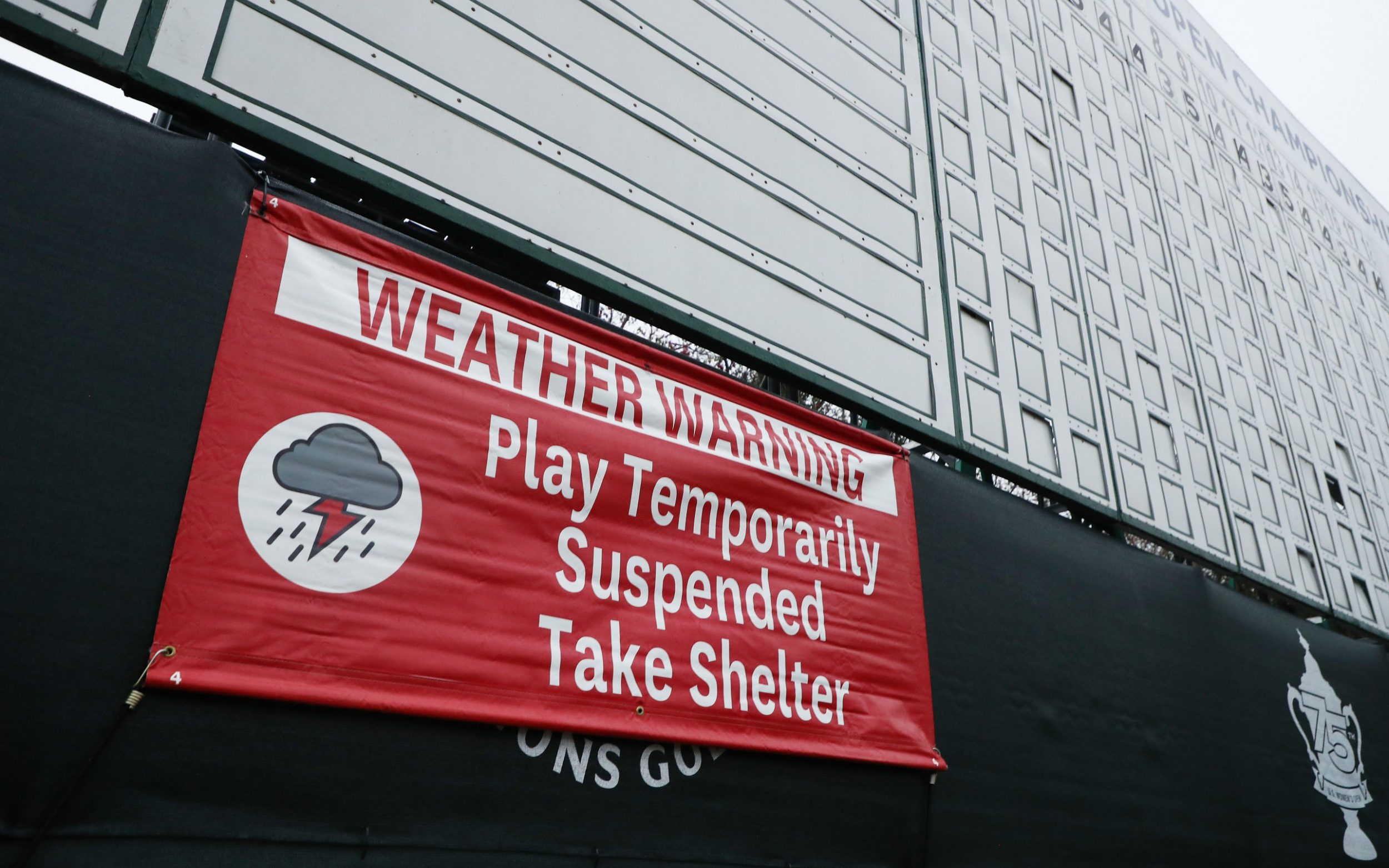 Adding to the feeling of unreality already pervading the first US Women’s Open to take place in December, the 75th playing of the oldest major championship in women’s golf will be contested over five days, not four. “Dangerous weather conditions” in the Houston area were first to cause a suspension of the fourth and final round at 9.10am local time on Sunday. Then, 3½ hours later, with 24 members of the 66-strong field still to tee-off – including the 54-hole leader, Hinako Shibuno of Japan – the United States Golf Association announced a decision to postpone play until Monday morning.

Which made sense, if only for the integrity of the game. Even before the downpour came, soft and damp underfoot conditions at the Cypress Creek course at the Champions Club had caused a proliferation of what professional golfers call “mud balls,” shots that fly off the clubface erratically and unpredictably.

Things came to a head on day three, when the field averaged 74.7 against the par of 71. Only two players broke that par. And only one of those – Ji Yeong Kim2 – shot a round in the 60s.

“We get on network TV, we get on this big stage, there’s no other golf events going on, you want us to look good on TV more than anything,” said Houston native and Champions member, Stacy Lewis, after her six-over par 77. “Either they [the USGA] need to play the ball up [American for “preferred lies”] or they need to adjust their setup. Mud balls combined with the way they set the golf course up today set us up for long rounds and bad golf.”

Others were quick to join in.

“I think women’s golf deserves to be highlighted better than that,” agreed Sarah Schmertzel, who shot 76. “We want our coverage to be fun for viewers. From my experience, and the experience of the girls in my group, it might not have been the most fair.”

“The mud was an extreme issue,” chimed in Lindsey Weaver, who got round in 75. “I didn’t know what to expect. Sometimes it was a major factor; sometimes it was ok. But it was brutal. Really, really brutal.”

Still, not everything has been unfamiliar this week. Only twice in the 75-year history of this championship has a British player left clutching the Hatton S. Semple trophy. Laura Davies was first in 1987, followed by Alison Nicholas a decade later. Before or since, nothing. And this year will be no different. The three Brits who made the cut – Bronte Law, Charley Hull and Jodi Ewart-Shadoff – are notable only for their absence from the most visible end of the leaderboard.