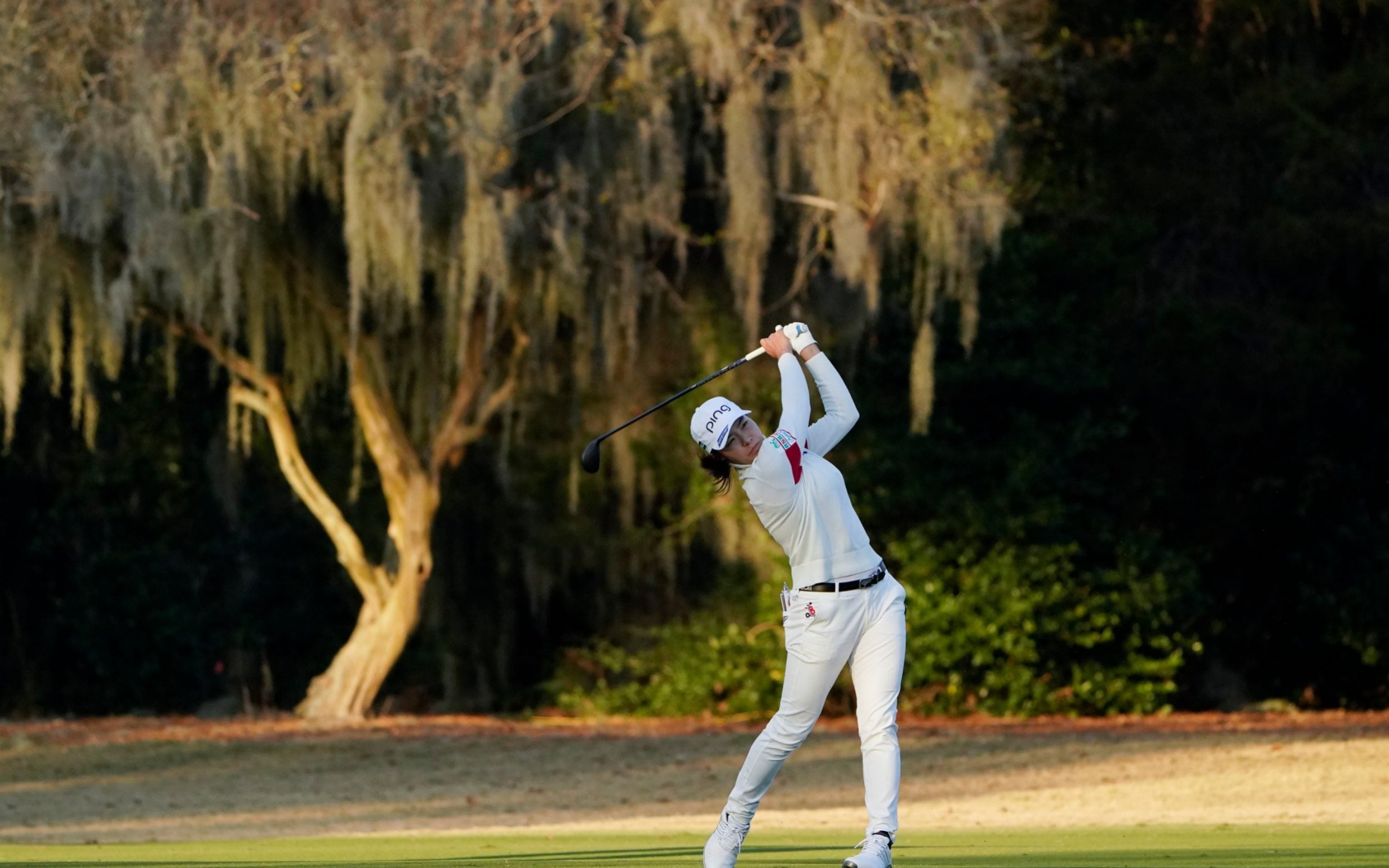 Laura Davies and Alison Nicholas need not worry. England’s only two US Women’s Open champions are not about to be joined by a third. Not this year anyway.

Hinako Shibuno of Japan remains the most likely winner at the Champions Club just outside Houston. The 22-year old former British Open champion maintained her place atop the leaderboard with a three-over par 74 that has her on 209, four-under par, one shot clear of her nearest challenger, American Amy Olson.

Ji Yeong Kim and Moriya Jutanugarn are tied third on 212. No one else is under par.

Those numbers are in stark contrast to the disappointing play of the two Englishwomen – Charley Hull and Jodi Ewart-Shadoff – who began the third round on the fringe of contention. Both fell back badly.

“On pretty much every hole we were getting mud balls off the tee,” revealed Ewart-Shadoff. “Hitting into the greens and trying to decide which way the balls were going to go with the mud and stuff was difficult.”

Happily, the third member of the English contingent, Bronte Law, fared better. The 25-year old from Stockport by way of the University of California, Los Angeles made 16 pars, one birdie and one bogey to shoot 71 and sit three-over par, good enough to lift her into a tie for 20th place.

“Lengthening the course and having the tough pins made everything a lot more challenging, but I hit the ball really well,” said Law. “I’m definitely happy. I had some good chances and made some good pars. Hoping for more of the same tomorrow.”

Indeed, Law’s round was one of the best on a day when the combination of chilly conditions and a typically tough US Open course set-up sent scores soaring. Only two members of the 66-strong field broke par.