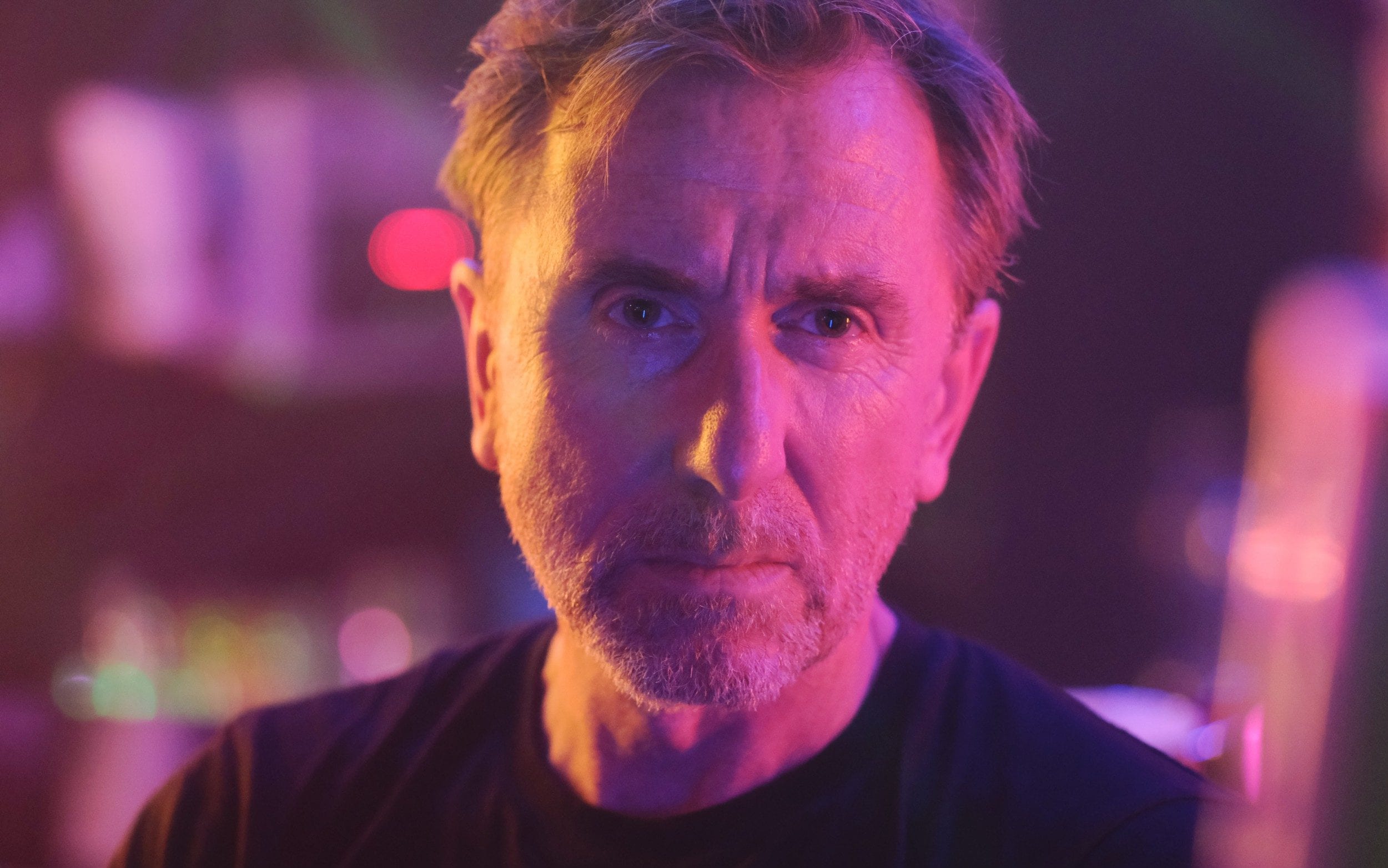 Somewhere nestled comfortably in the Canadian Rockies was the quaint little oil town of Little Big Bear. And somewhere nestled uncomfortably between Twin Peaks, Fargo and the oeuvre of Quentin Tarantino, was the crime drama Tin Star, complete with its quaint little British sheriff, Jim Worth (Tim Roth). Little Big Bear’s oil company, however, was corrupt and Jim, it turned out, wasn’t Jim, but Jack Devlin, a psychotic, hard-drinking former undercover cop, whose true self burst bloodily to the fore when his cute poppet of a son was killed.

After two unloved series, Rowan Joffe’s creation limps into a final, truncated season, and, as suggested by the show’s extended title, Tin Star: Liverpool (Sky Atlantic), Jack/Jim’s final showdown with his past isn’t happening in the clean air and pristine snow of Little Big Bear, but the less picture-postcard environs of Merseyside.

With his maniacal partner, Angela (Genevieve O’Reilly), and daughter, Anna (Abigail Lawrie), in tow, Jack/Jim is tying up loose ends from Bootle to Birkenhead, ticking off a list of people who want him dead. Chief among them are Ian Hart’s dodgy property magnate Michael Ryan and Tanya Moodie’s corrupt Chief Constable.

But the list goes on, so we can likely wait until episode six for Jack/Jim’s reckoning with those two. Until then we can expect gallons of the red stuff and plenty of Roth tics. The location jump was jarring at first, with the show’s off-kilter Grand Guignol aesthetic suiting the unreal, quasi-mythological Little Big Bear. Merseyside, however, is very real and it took a while to adjust to seeing Little Big Bear’s cartoon wolf sheriff strolling along New Brighton Promenade or hearing things like “Bungie, don’t be s—house, shoot him!”

Tin Star, however, has only ever been about one thing – Roth. The whole bug-eyed caper hangs on whether you buy into his performance and, to give the man his credit, his Jack/Jim truly does look like the kind of bloke you’d meet in a gritty boozer at 2am and, when he claimed he was an undercover copper on the run, you’d half believe him, while finishing off your pint pretty sharp-ish.

Tin Star deserves a wider audience, but there’s no doubting that a short, brutal end feels about right.