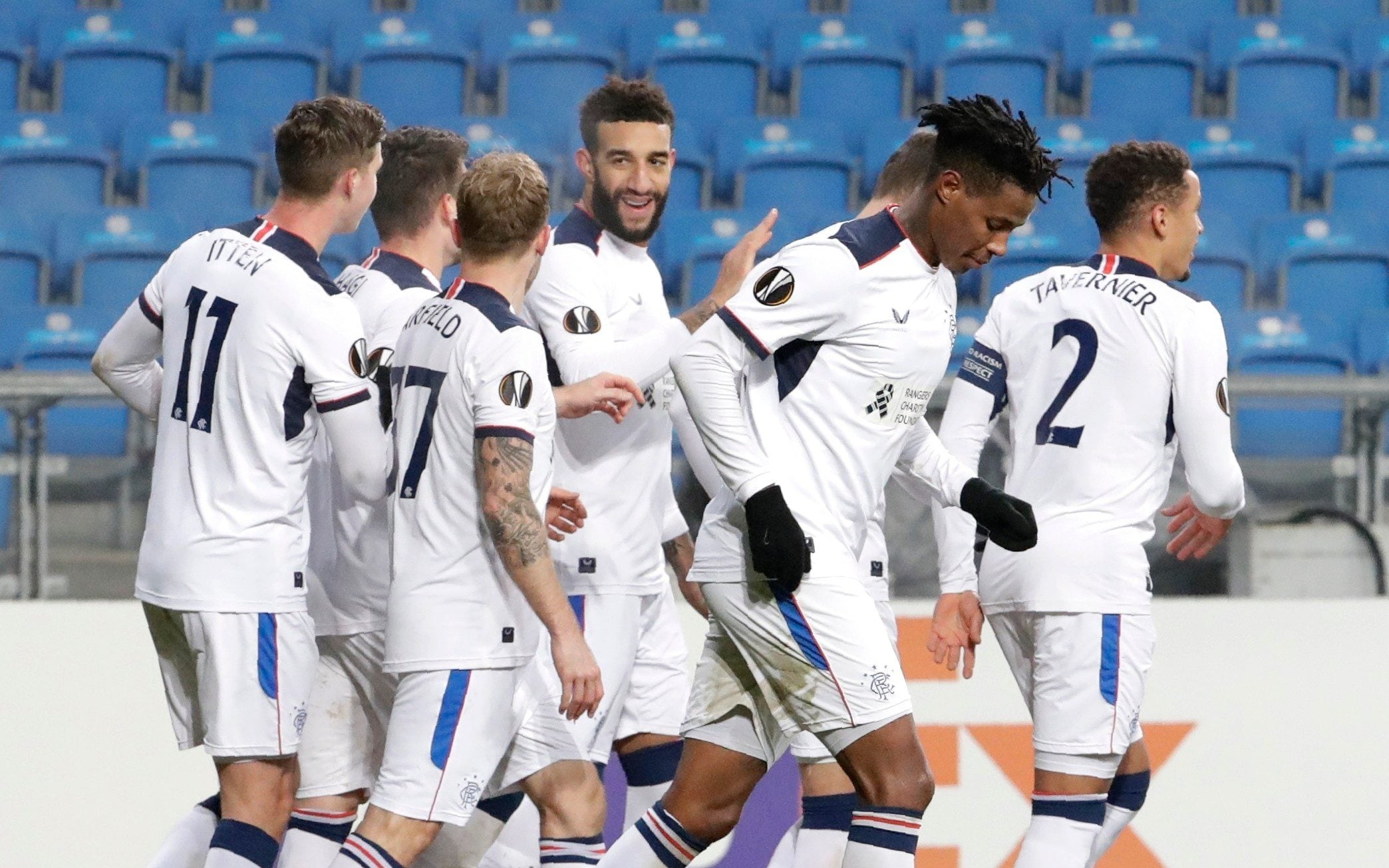 From the corner, Poznan worked a crossing opportunity but Lubomir Satka missed a glorious chance as he put his free header over McLaughin’s bar.

Rangers did find their feet by the half-hour mark and thought they had the opener as Patterson’s cross found Itten – but Kaminski’s desperate block kept the Swiss hit man’s effort out.

But Poznan’s saviour turned sinner just seconds later as he fired the ball straight to the man he had just foiled. Itten still had work to do, but brilliantly skipped beyond Djordje Crnomarkovic before drilling an unstoppable drive past keeper Filip Bednarek’s near post to hand Rangers a 31st-minute lead.

Hagi should have made it two just before the break, as he galloped onto Itten’s flick, but the Romanian did not have the pace to shrug off Satka, who recovered well to get a block in. McLaughlin then had to be sharp to deal with Tymoteusz Puchacz’s free-kick.

Patterson – who had put in a display to be proud off after shaking off his early butterflies – was replaced by skipper James Tavernier.

And Rangers had more to celebrate with 18 minutes left as they sealed the win.

Goldson thought he had got the all-important second goal as his firm header from Barisic’s set-piece clipped the bar before bouncing down on to the line. But it took TV replays to show that it had not crossed, before Hagi, reacting first, made sure with a header.

Hagi was just getting into full flow, as he tried for a second, forcing Bednarek to throw himself full-length to parry away a stinging shot moments before he was replaced by Ryan Kent.