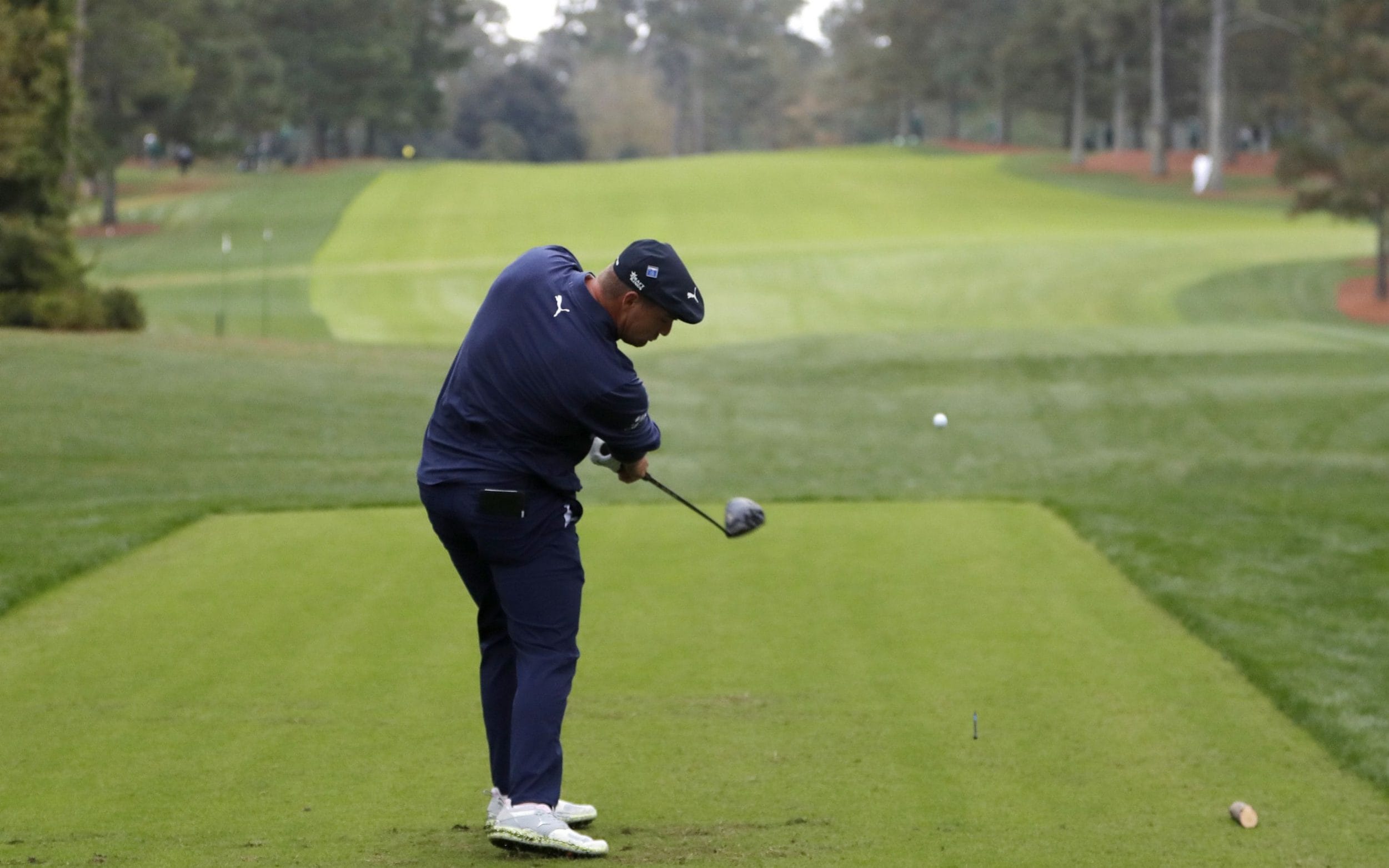 What a day we have in store from Augusta where nine players are separated by just one stroke at the top of the leaderboard.

The likes of Jon Rahm, Paul Casey, Bryson DeChambeau and Tiger Woods are currently on the back nine completing their second rounds before the halfway cut will see the top 50 and ties through to the final 36 holes. That reduction in the size of the field should enable the third round to be completed on time tonight, allowing the Masters to finish on schedule on Sunday evening.

Rahm looked like he was going to seize the lead after birdies at the 12th and 13th but a poor lie in the fairway at the par-five 15th forced him to lay up before he scrambled for par after missing the green with a wedge.

DeChambeau was in danger of missing the cut, but the overnight stoppage came at a good time for the US Open champion. He has regrouped and produced birdies at 12, 13, 14 and 16 to reach two-under, but has just dropped a shot at the par-four 17th.

Woods’ game from tee-to-green continues to look in excellent shape but he has seen a few birdie chances slide by the cup on a frustrating morning. Nevertheless, he sits at four-under, just five shots behind with four holes of his second round remaining. Casey is level par for the day and well positioned at seven-under for the championship.

“Before I teed off, I think I would have taken this but obviously I feel like I played a little bit better than my position right now,” Johnson said. “But I’m still happy with the way I’m swinging it, how I’m controlling the ball and everything I’m doing.”

Patrick Cantlay, Tommy Fleetwood and 2016 Masters winner Danny Willett all produced 66s on Friday to put themselves firmly in contention.