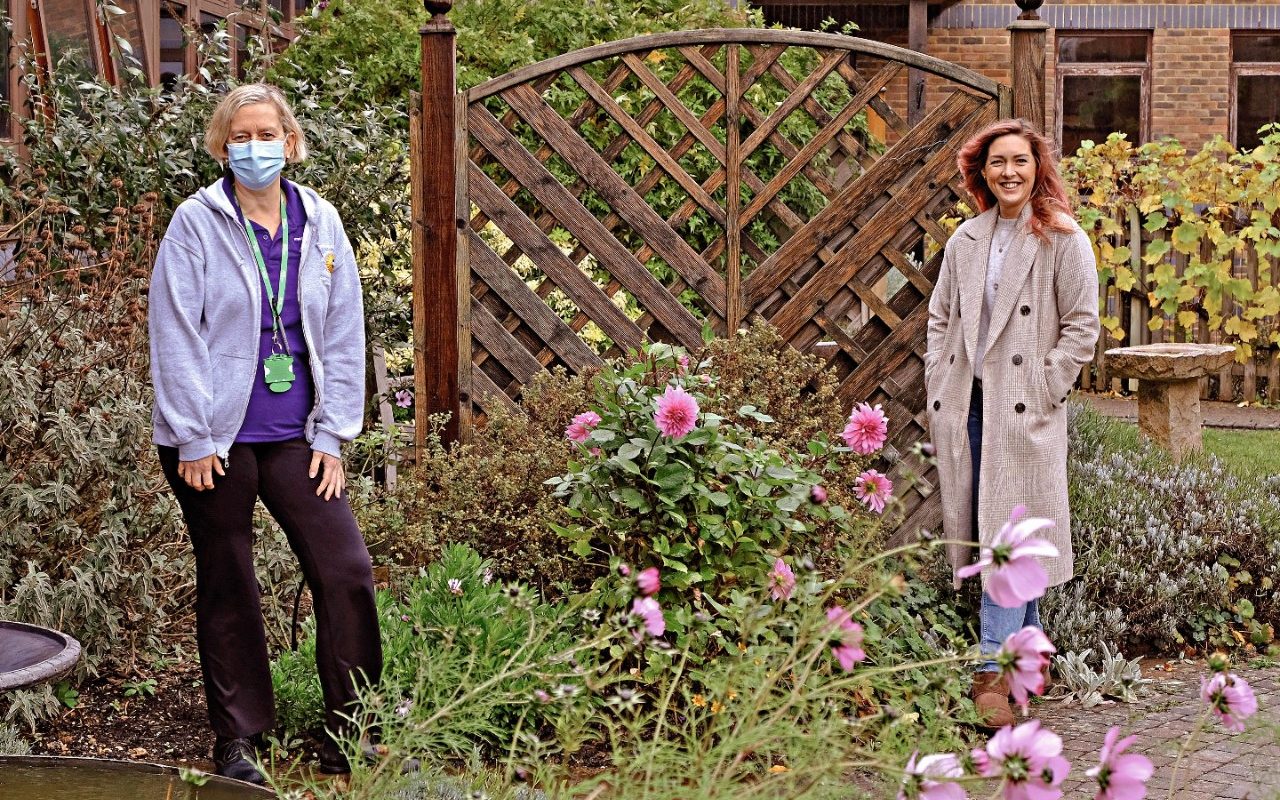 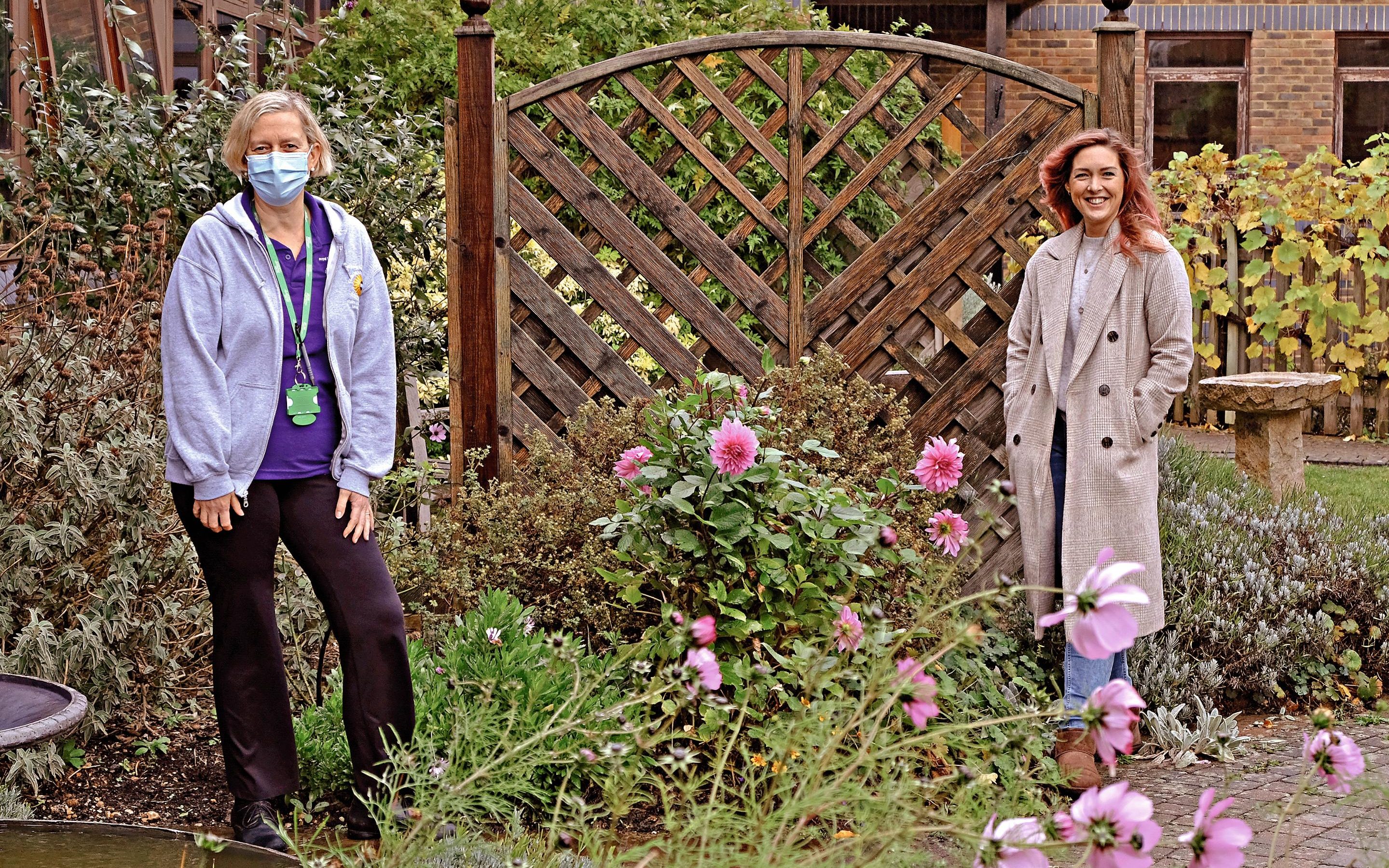 When restrictions around the pandemic started to tighten last month, I immediately sent a message to my mum, Glenda: ‘How about an early Christmas?’ A couple of days later, the tree was out of the loft and we were all toasting Christmas with a glass of champagne at breakfast. As someone who is having daily chemotherapy and is now stuck at home again, shielding from the virus, I knew we had to seize our opportunity to celebrate early and I’m so glad we did. Living with terminal cancer makes you want to make memories whenever you can – and the pandemic is only adding to that feeling.

When I was told that I had breast cancer in April 2018, I was upset but I wasn’t really surprised. I’d found the lump in the shower and from the beginning, I just knew in my gut that it was bad news. The lump was big, on my right breast, and the skin around it had puckered. What I never expected was to be told – a week after my diagnosis – that the cancer had already spread, and that no treatment could get rid of it.

On hearing the news, my mum and husband, Alex, broke down in tears while I sat between them, completely numb. The words I was hearing – ‘It’s in all of your skeleton… There’s nothing I can do for you’ – just didn’t make any sense. Apart from the lump itself and some pain in my lower back, I was a fit 30-year-old with only one thing on my mind: starting a family. I’d gone in fully prepared to talk about treatment and maybe, at worst, a mastectomy. Instead I was told I was dying.

After going home in a daze, Alex and I spent most of the night crying, trying to get our heads around the enormity of what had just happened. My phone was pinging with messages from friends asking how it had gone at the hospital and I just had no idea what to say. Instead, I stupidly googled ‘secondary breast cancer’ and read that the average prognosis is three to five years. Those numbers scorched themselves in my mind and all I kept saying to Alex was, ‘I’ve got too much to do. I need more time.’

After a sleepless night, I met Claire, a Macmillan clinical nurse specialist at the Royal Surrey County Hospital near our home in Guildford, for the first time the next morning. I’d been asked to return to the hospital so they could assess and treat the pain in my back, and I was terrified. But Claire appeared and instantly put my mind at rest. I feel like that day I met my guardian angel.

Even though I was older than their usual patients, Claire led me to the Teenage and Young Adult Cancer Unit, and said I could be treated there. With a sofa, games console, magazines and a TV, it felt nothing like a  hospital ward and I instantly felt at home. She made me a coffee, sat me down and said I should look up the seven stages of grief.

‘Grief isn’t about death,’ she said. ‘Grief is about losing something that you thought you were going to have. You need to grieve for the life you thought lay in front of you.’

We chatted some more and by the end of the conversation, I felt like she had picked me up, wrapped me in cotton wool and told me exactly what I needed to hear – that she was going to take care of me. She said she had a work phone, added me on WhatsApp and told me I could call or message at any time.

Over the next few weeks, there were many dark days. The cancer had caused multiple fractures in my spine and I was hospitalised several times, often unable to walk. I started immunotherapy treatment to halt the spread of the cancer and prolong my life, but the side-effects made me feel wiped out and some days, I could barely leave the house.

Prior to my diagnosis, I’d worked in admin for a small finance company, and spent weekends hanging out with Alex and enjoying nights out with friends. I ached to have that unextraordinary life back and most mornings, I woke up already in tears at the thought of never becoming a mum – the one thing I’d always taken for granted.

For the next four months, I went through anger, frustration, fear and despair – just as Claire had said, I needed to grieve. Then one morning, I woke up and there were no tears. Somehow, the sadness had lifted. Looking back now I can see that morning was my epiphany: it was the first time I finally accepted that I couldn’t change what was going to happen but I could change my outlook.

Since then, I’ve tried to find the light in everything and cram in as much ‘life’ as I can, whether that’s llama trekking or organising an ’80s disco at the hospital. The new lockdown is really frustrating: I know it’s essential but when you don’t know how long you have left, you don’t want to be stuck in the house.

I now share my life with cancer on Instagram [@nicknacklou, which has 27,000 followers] because I want to give anyone else who’s been diagnosed hope that it is possible to lead a full and happy life even when you know it’s going to be cut short.

That doesn’t mean there aren’t dark moments but it means so much to have someone outside my family who I can turn to when I want to talk about end-of-life care. I can have open and frank conversations with Claire in a way that I can’t with Alex. He’s my absolute rock – he comes with me to every scan and carries me to the shower when I can’t walk – but he can’t bear to talk about death, so it’s very reassuring to know that Claire understands. When I talk about what I want to happen, she’ll simply say, ‘OK, let’s get that organised.’ In my situation, you need someone to be realistic with you and for me, Claire is that person. She’s so much more than my nurse, she’s become my friend.

When the pandemic hit, Alex and I had to shield at home. I was lucky in that my treatment continued although it involved more phone consultations and in one of those, I was told that my drugs had stopped working and the cancer was growing again. When that happens, it’s a real blow as it means you have to switch to a new treatment so, effectively, you’re running out of options. But as always, Claire was straight on the phone, explaining everything, listening and reassuring.

I’m now on chemotherapy, which I take orally, along with lots of other tablets to help deal with the nausea and other side-effects. I have a scan every three months, which means I have to live in three-month blocks, never looking too far ahead but always making the most of the day in front of me.