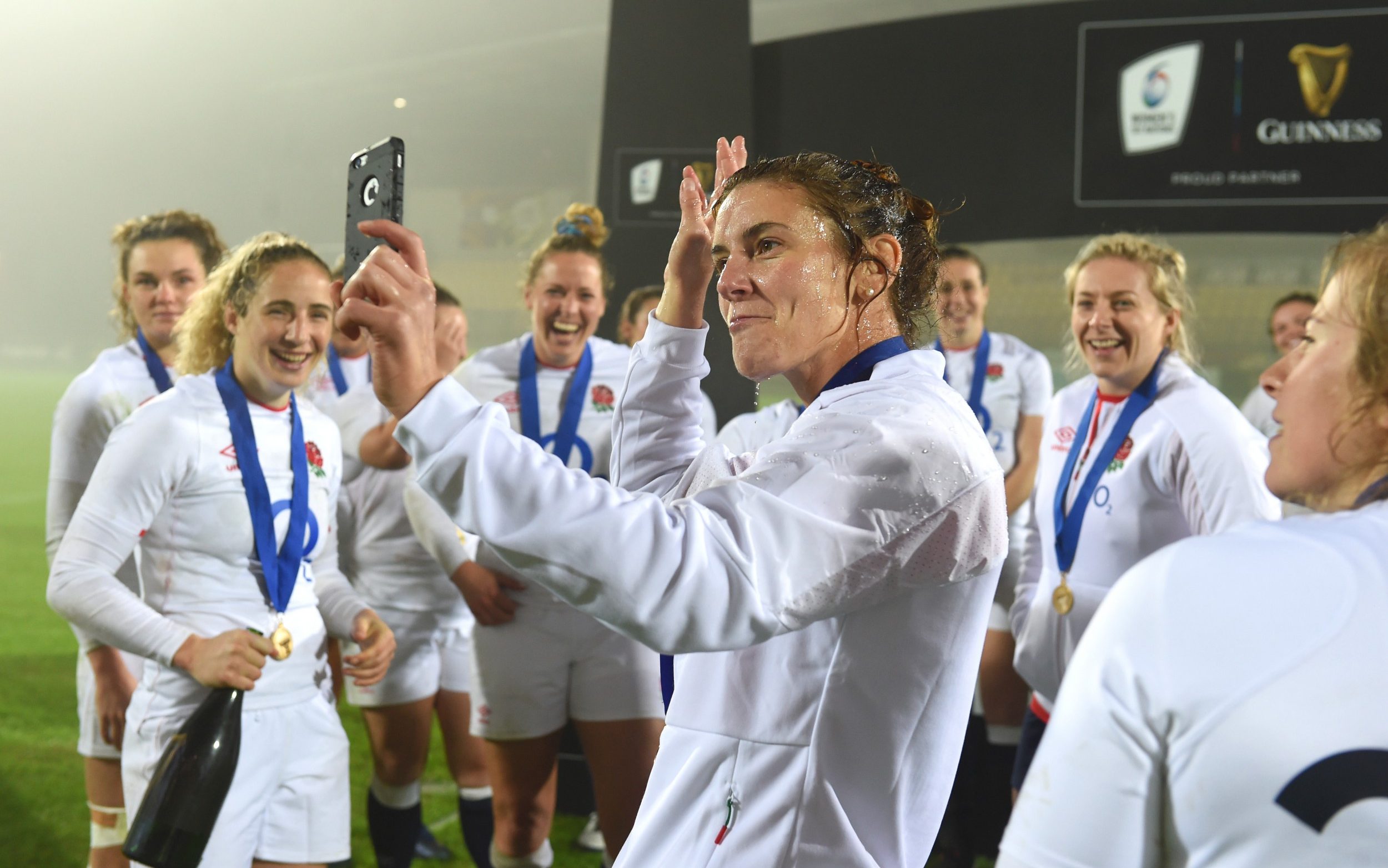 England Women will be without captain Sarah Hunter, 2014 World Cup-winning captain Katy Daley-Mclean, as well as stalwarts Amber Reed and Sarah Bern for their upcoming game against France in Grenoble.

The match, which is the first of a two-Test series between the northern hemisphere’s top two sides, will be the first England Women’s game broadcast live on terrestrial television since the 2017 World Cup final defeat against New Zealand, with both games shown on BBC Two.

Hunter continues to recover from a hamstring tear and head coach Simon Middleton says he is leaving the back row out as a precaution. He hopes Hunter will be fit to play in the return match, scheduled to be played at Twickenham on Saturday November 21 before the men’s Autumn Nations Cup fixture against Ireland.

Reed and Bern are also nursing injuries. Daley-Mclean is fit but Middleton has opted to rotate his squad as the Red Roses step up their preparations for the World Cup, due to be played in New Zealand in September and October 2021.

Helena Rowland, who earned her first England XVs cap from the bench against Italy in England’s emphatic Grand Slam-sealing victory, has the daunting task of starting at fly-half. But she does have experience on the international stage having been part of the now-scrapped England Sevens programme.

Zoe Harrison will join Rowland in the 10-12 axis and Middleton’s plan is for the pair to act as first receivers. Harlequins trio Vickii Cornborough, Amy Cokayne and Shaunagh Brown make up the front row, while Alex Matthews, who was made redundant from the England Sevens programme, starts at blindside flanker.

Another sevens player Megan Jones and 18-year-old Morwenna Talling, who made her England debut against Italy, are among the replacements.

Middleton said: “We see this fixture as a big opportunity for some of our younger players to play away in France, which is always one of our toughest games. Given our two 2021 Six Nations games against France and Italy are both at home, this is a big opportunity to compete against top quality opposition away from home ahead of next year’s World Cup.

“Helena Rowland has really impressed since her return to XVs with Loughborough and deserves her chance. We’re really looking forward to seeing her link up with Zoe Harrison.

“We know what Katy Daley-Mclean can do on the big stage and the presence she brings and see this game as an opportunity for others.”