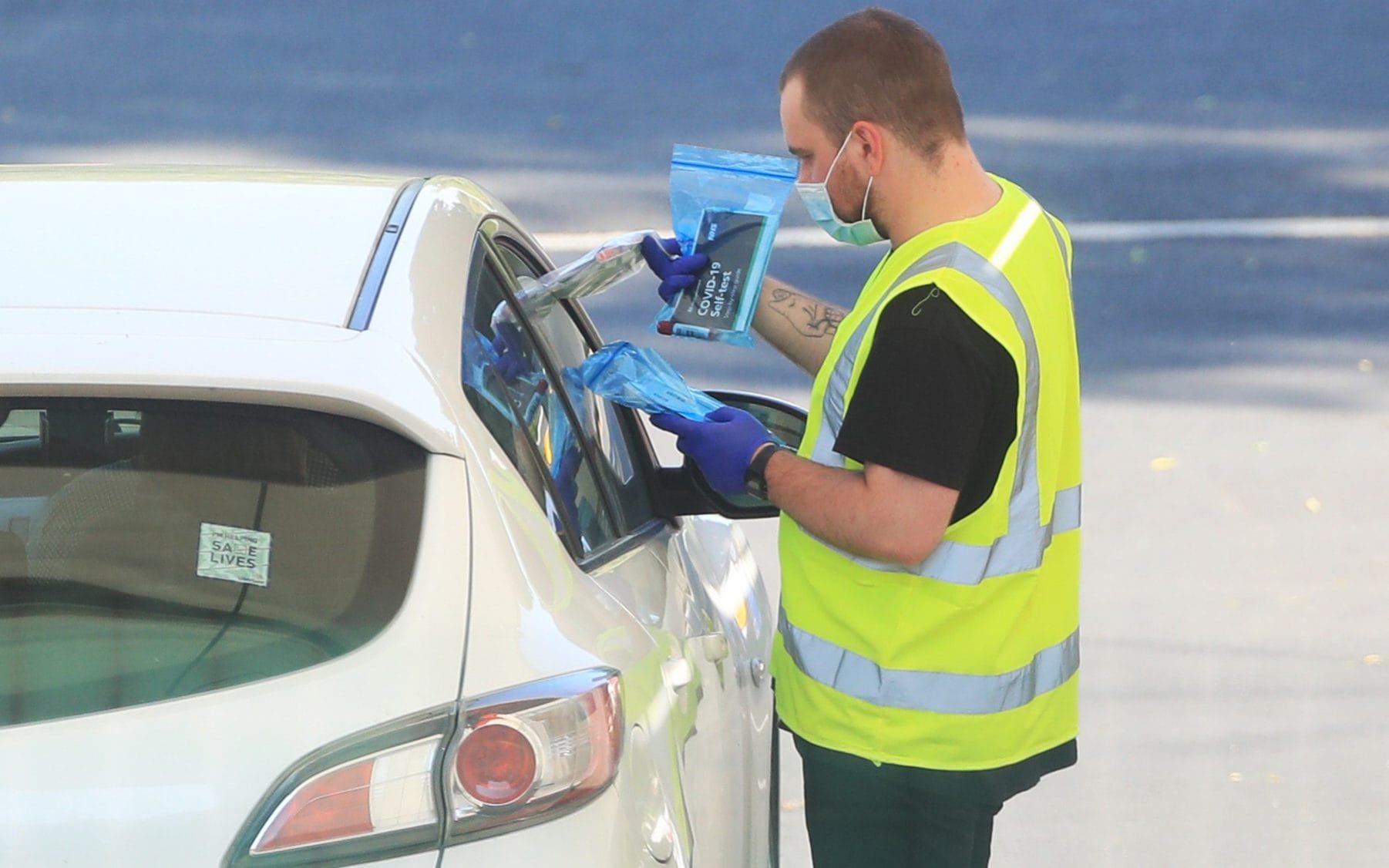 The pilot scheme has been well received by the people of Liverpool, proven from the long queues outside testing centres.

Liverpool City Council have also announced that testing will be extended to pupils aged 11-18 in 12 secondary schools and one special school.

During a Downing Street press conference on November 9, Mr Johnson urged people in Liverpool to take part in a pilot scheme of mass coronavirus testing in the city.

The Prime Minister told its 500,000 residents to “do it for your friends, for your relatives, for your community” in a bid to “drive the disease down”.

And he said the Government was distributing “hundreds of thousands” of rapid lateral flow coronavirus tests to local authorities right across England and the devolved administrations.

Lateral flow tests, with a turnaround time of under an hour, have been available since Friday for people who live and work in the city and do not have symptoms.

“We’re also working with universities to establish, as soon as possible, similar mass-testing capacity for students up and down the country,” he told the Downing Street press conference.

“But while we are making progress, this project is still in its infancy. “

His comments were echoed by Brigadier Joe Fossey, who is coordinating mass testing in Liverpool.

He told the press conference: “Our message to the people of Liverpool is clear: we are set up and ready for you to come and get tested.

“Please do not hesitate.

“Make the most of this opportunity.

“What we are trialling now is a possible route out of lockdown and a way to get on with our lives.”

The call came as the city’s mayor Joe Anderson said 23,170 people have been tested for coronavirus in the city since midday on Friday, with 0.7% testing positive.

How do I book an NHS test?

The NHS says that from day one to day four of showing symptoms people are able to be tested at a site or at home.

“If you’re ordering a home test kit on day four, do it by 3pm. On day five, you need to go to a test site. It’s too late to order a home test kit,” the NHS explains.

“If you’re applying for a test for someone else, and the person is aged 13 or over, check they’re happy for you to get a test for them.”

Apply online at www.gov.uk or phone 119 if you have problems using the internet.

How long does the test result take?

A text or email will be sent when results are ready, with most people receiving results the day after the test.

“Some results might take longer, but you should get them in 72 hours,” the NHS says.

“There are three types of results you can get: negative; positive; and unclear, void, borderline or inconclusive.

What are antibody tests, and can I get one in the UK?

An antibody test is a blood test that checks if someone has had coronavirus. Free antibody testing is not yet widely available.

“It’s currently offered to NHS and care staff, as well as some hospital patients and care home residents,” according to the NHS.

Here’s what the NHS says about the test:

​In late July, The Telegraph reported that the hunt for a “game-changing” antibody test could be over after a version backed by the UK Government passed its first major trials with flying colours.