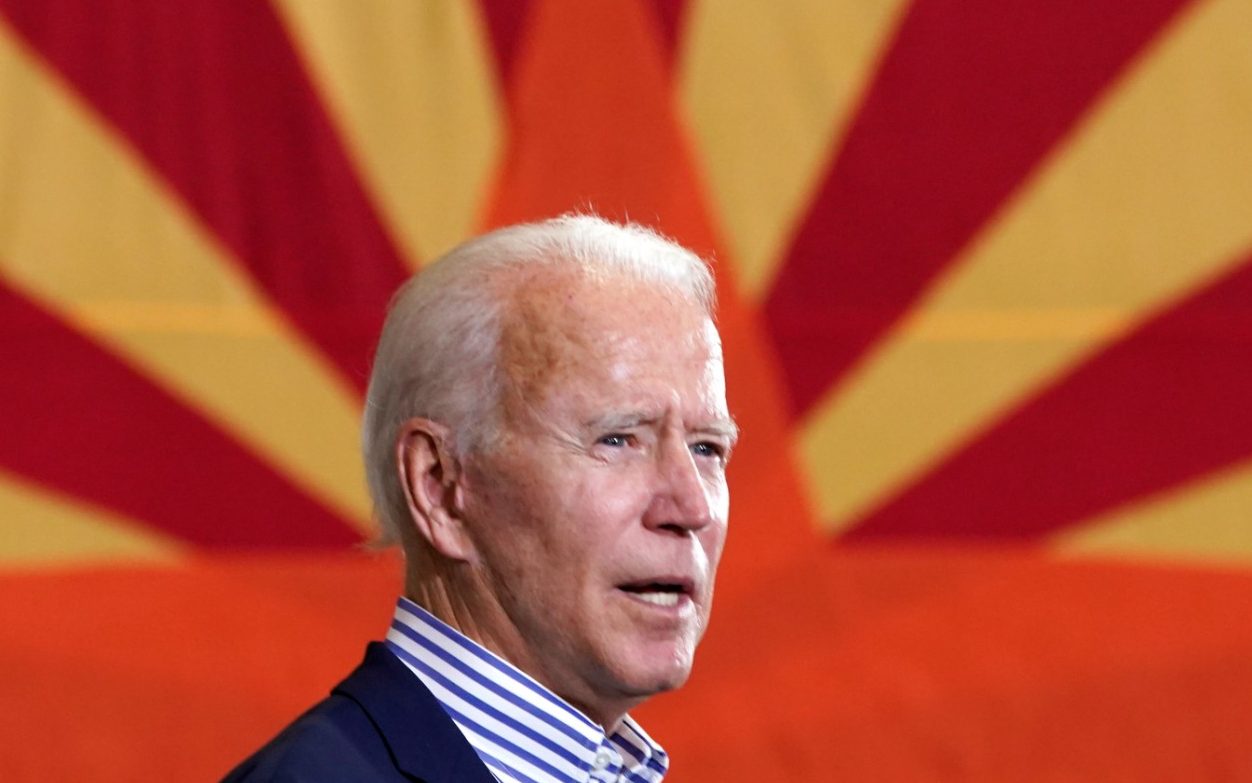 He is set to immediately sign an executive order rejoining the Paris climate accord, which the US originally joined when he was vice president.

Mr Biden has said: “The first thing I’d do as president is call a meeting of all the nations who sign on to the accord, in Washington, DC, to up the ante. Because we’ve learned so much just in the last years about the science, about what has to happen quicker.”

The president-elect signalled the importance of education to his platform in his victory speech.

Praising his wife, English professor Jill Biden, he said: “For American educators this is a great day for y’all. You are going to have one of your own in the white house.”

Dr Biden will be the only First Lady to have a full-time, paid job outside of the White House.

Mr Biden has also said he would take immediate action to reverse tax cuts, for individuals and companies, that Mr Trump secured in 2017.

He has also pledged, in his first 100 days, to establish a new police oversight body to address institutional racism.

A bill is expected be drawn up to end gun background check loopholes.

And there will be a bill aimed at creating a pathway to citizenship for America’s estimated 11 million undocumented immigrants.

Mr Biden will also move to eliminate tax cuts passed under Trump in 2017, affecting individuals as well as large corporations.

He has also promised, in the first 100 days, a “roadmap to end homelessness,” and to once again allow transgender students to play sports and use bathrooms according to their gender identity.

Mr Biden will also have to fill over 4,000 politically appointed jobs in his administration, 1,200 of which will have to be confirmed by the Senate.

Joe Biden committed to tackling systemic racism in America during his victory speech on Saturday.

“At those moments when this campaign was at it’s lowest ebb, the African-American community stood up again for me,” said the president-elect, hammering on the podium.

“You’ve always had my back and I’ll have yours.”

Read more: Joe Biden’s policies: what are the President-elect’s views on Covid, immigration and foreign policy?