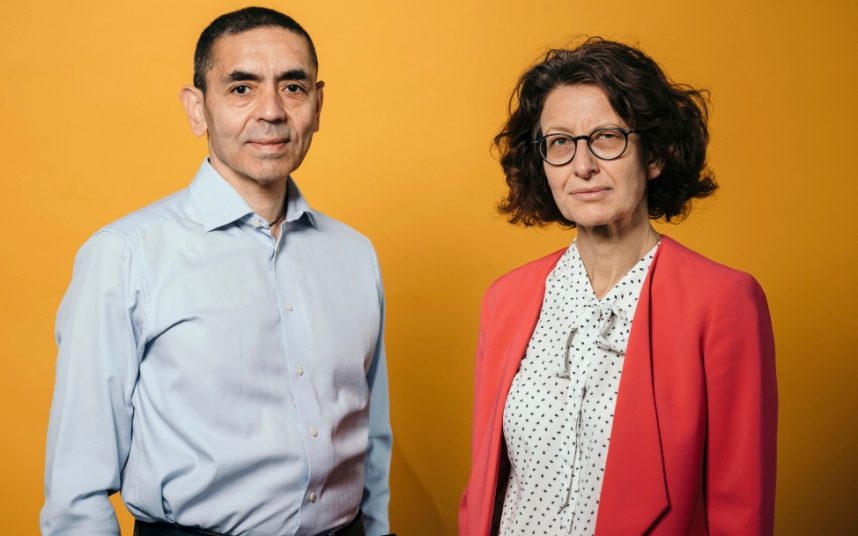 The world has finally turned a corner in the battle against coronavirus. After a Covid vaccine breakthrough was hailed as a “great day for science and humanity”, Boris Johnson last night said the “bugle of the scientific cavalry” was getting louder. Trials found the jab prevented 90 per cent of cases. Here is all we know. Britain has already ordered 40 million doses of the Pfizer vaccine, including 10 million that could be given before Christmas if regulatory approval is granted. The NHS plans to create 1,500 vaccination sites within weeks for the roll-out. The elderly are set to be first in line for the vaccine, along with health and care workers. Health Editor Laura Donnelly explains the priority rankings for the rest of the population. It was the first good news Mr Johnson has had all year, but sketchwriter Michael Deacon thinks he sounded terrified. Ross Clark says this could be just what he needs to save his premiership. But, Science Editor Sarah Knapton explains why there are reasons for caution. And see Matt‘s take on the news in today’s cartoon.

The couple behind the breakthrough are among Germany’s biggest immigrant success stories. While the search is bankrolled by Pfizer, the technology is the work of BioNTech, a German company founded by a married couple who are both the children of Turkish immigrants. Now Prof Ugur Sahin and his wife, Dr Özlem Türeci, are among the richest 100 people in Germany after battling the odds to rise to the top.

The House of Lords voted resoundingly to remove controversial clauses from Boris Johnson’s Brexit legislation last night, with peers accusing the Government of behaving like a “third world dictatorship”. In a major defeat for the Prime Minister, peers sought to expunge sections of the Internal Market Bill that ministers admitted would break international law in a “very specific and limited way”. Tory grandee Lord Clarke warned that the legislation was a “rather Donald Trump-like gesture”. Political Correspondent Amy Jones explains what happens next. Read our simple guide to why the Bill is so controversial. For more expert analysis, I can recommend signing up to our Brexit Bulletin.

Public service broadcasters such as the BBC and Channel 4 face “profound questions” about their role in the digital age, the Culture Secretary has said, as he begins fresh negotiations over the licence fee. Oliver Dowden will today announce a new panel of experts to assess the future of public service broadcasting. Writing for The Telegraph, he suggests there is a genuine debate over whether “we need them at all”.

US election | The US Attorney-General has given the go-ahead for federal prosecutors to pursue “substantial allegations” of voting irregularities during the presidential election. William Barr’s actions raise the prospect of Donald Trump using the Justice Department to challenge the outcome of the election. Mr Trump has refused to acknowledge his defeat to Joe Biden and his administration is blocking efforts to process the handover of power to the newly-elected president.

Around the world: Ceasefire deal agreed

Armenia and Azerbaijan announced an agreement early today to halt fighting over the Nagorno-Karabakh region of Azerbaijan. Under a pact with Russia, 2,000 peacekeepers will be deployed. View today’s gallery.