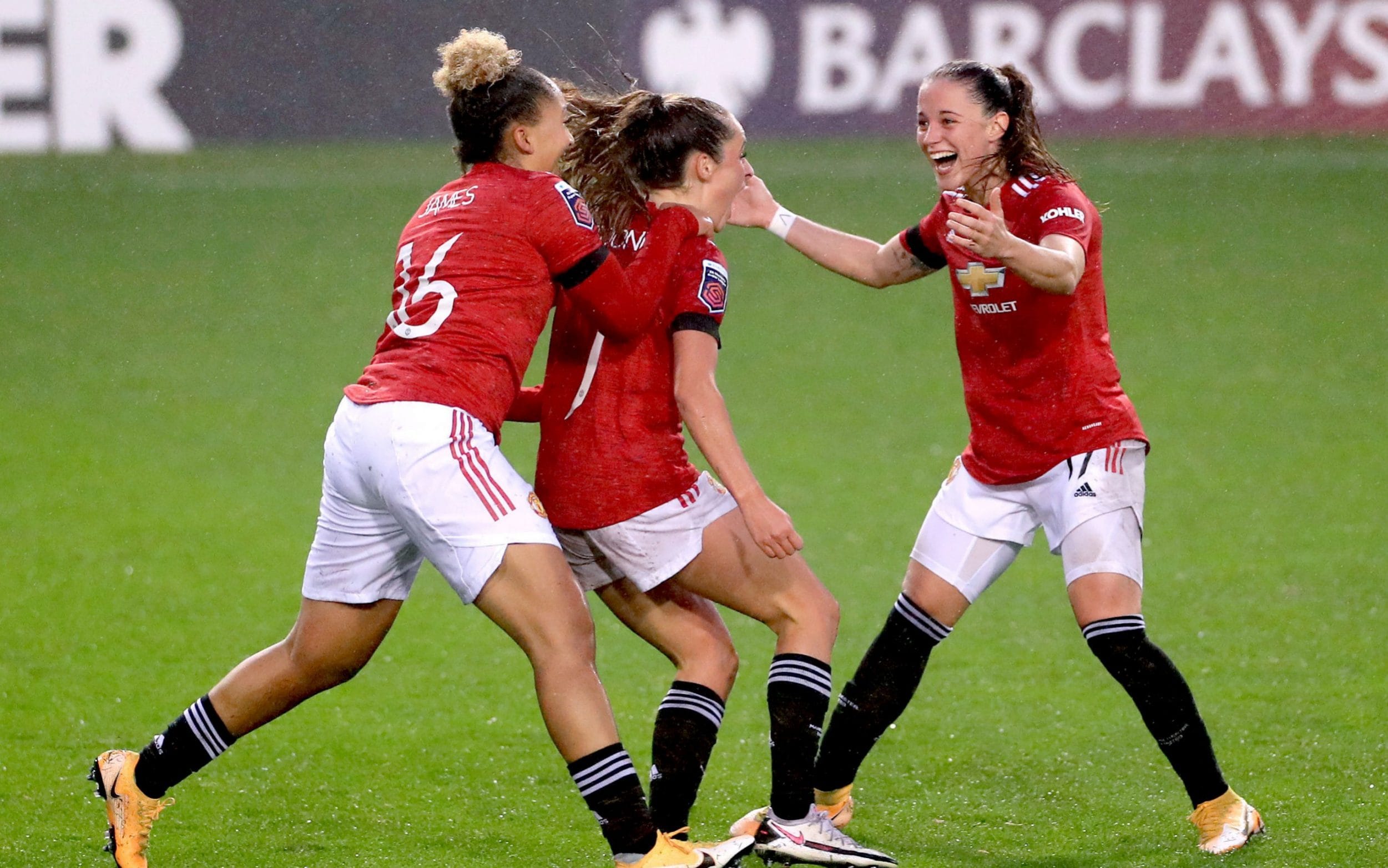 Manchester United ended the weekend at the top of the Women’s Super League table for the first time in their history, ending Arsenal’s 100 per cent record in a thrilling encounter.

Arsenal struggled to impose their usual possession play in the 1-0 defeat – owing to a well-oiled United press – and recorded only two shots on goal. For a team that has scored 29 goals in five league games so far this season, it was a below-par showing while Casey Stoney’s side proved why they have been touted as title-challengers this season.

United’s hard work paid off 83 minutes into the game, as Jessica Sigsworth’s impressive run down the right flank set up Ella Toone to sneak her shot into the goal. “It’s massive,” Toone said post-match. “Last season we always put on a big game against the top three teams. The difference then to now is we’re more clinical.”

Of going top of the table ahead of the Manchester derby next week, United manager Stoney played it down though: “It’s nice to be there but I don’t look at [the table] at the moment, I just look to the next game. You want to be [top] in May, not November. But it’s only our third season… so for this club being there is great.”

Arsenal manager Joe Montemurro was visibly disappointed with his team, calling their performance “poor”. With Arsenal’s tough test against Chelsea next week, Montemurro bristled at the suggestion his Arsenal side were being overtaken by United, Manchester City and their London rivals, however. “I’ll let [the media] comment on that,” he said. “I’m not going to make any statements on being overtaken, there seems to be a very clear indication from some that we’re dropping out of this elite group. But I’ll let you write about that.”

Earlier on Sunday, Aston Villa scored an historic first-ever WSL win, Anita Asante’s skilful finish and Ramona Petzelberger’s stoppage-time goal decisive in beating Brighton. Both manager Hope Powell and assistant Amy Merricks were missing from Brighton’s dugout due to self-isolation and their team could not get a result without them.

Elsewhere, West Ham recovered to beat Birmingham City away from home. An own goal from Birmingham’s Claudia Walker cancelled out her own opener, and Emily van Egmond’s effort securing victory for the visitors.