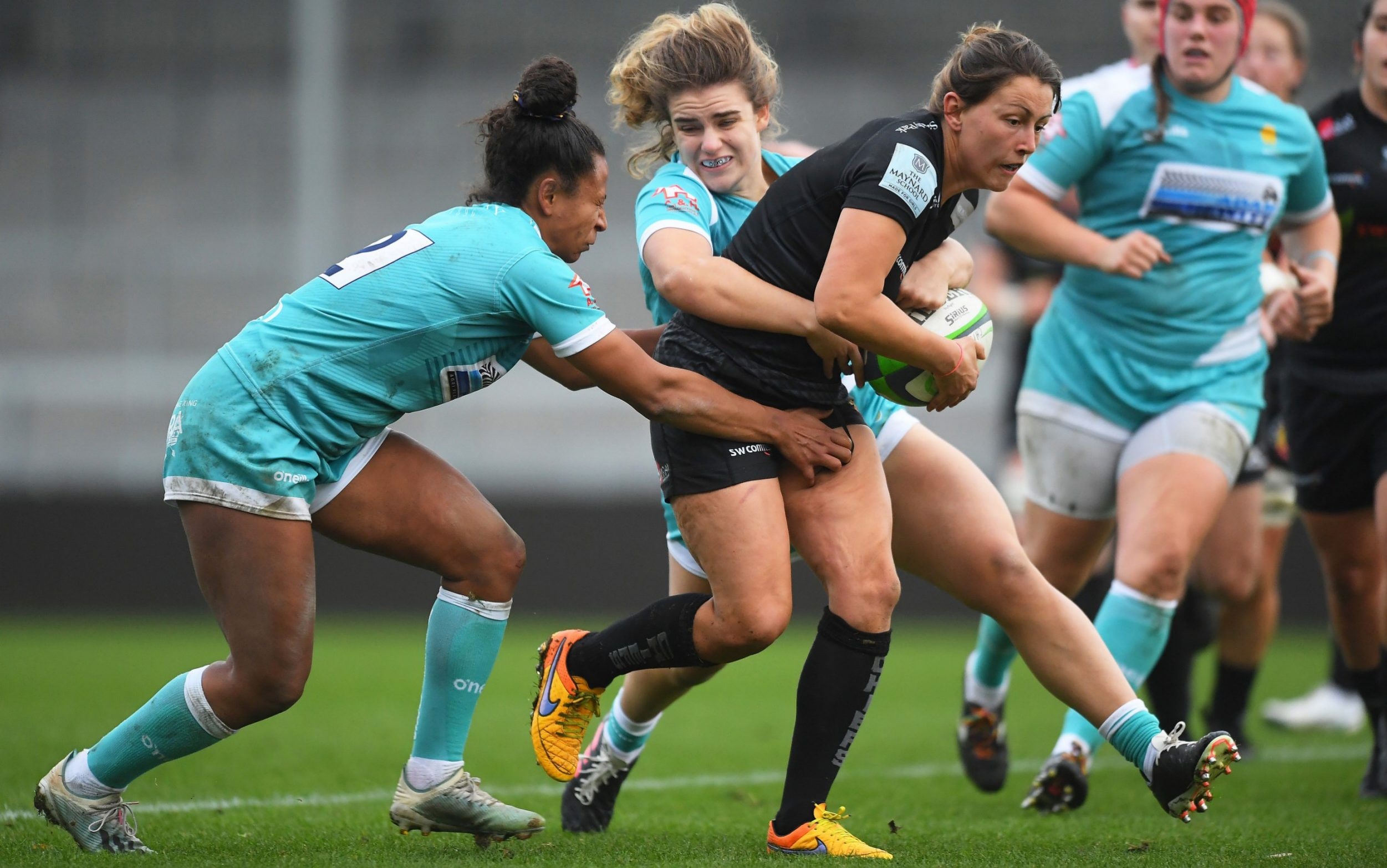 Brown scored her second of the afternoon to give Quins a 19-5 lead at the break. A bonus-point try followed after the restart as Harlequins began to pull away from Loughborough.

A defiant comeback ensued as Lloyd completed her brace before Scarratt added two tries in the final five minutes to narrow the score to 33-24. It was not enough to change the result however, with Harlequins securing their fourth successive bonus-point win.

Elsewhere, a close match ensued between Exeter Chiefs and Worcester Warriors. The Chiefs went in front before half-time thanks to a score from Emily Tuttosi. Laura Delgado extended Exeter’s lead after the break but Worcester stayed in the contest, scrapping for every inch.

It finished 19-7 to Exeter, the club’s first ever win after joining the competition at the start of the season.

DMP Sharks’ difficult season continued as Wasps proceeded to register 105 unanswered points against them at Twyford Avenue, with Ellie Boatman scoring a hat-trick. Wasps had far too much quality from start to finish, proving unstoppable throughout the comprehensive victory.

The dominance continued after the break, with Gloucester-Hartpury unable to add to their solitary score which came just minutes into the contest. The match finished 43-5, with May Campbell’s hat-trick the highlight for Saracens.

In the final match of the round, Bristol pulled away from Sale after a close-fought first 40. A Clara Nielson double contributed to a 34-point gap being established before the Sharks registered two consolation scores.

It finished 40-18 to the Bears, an eye-catching showing away from home.