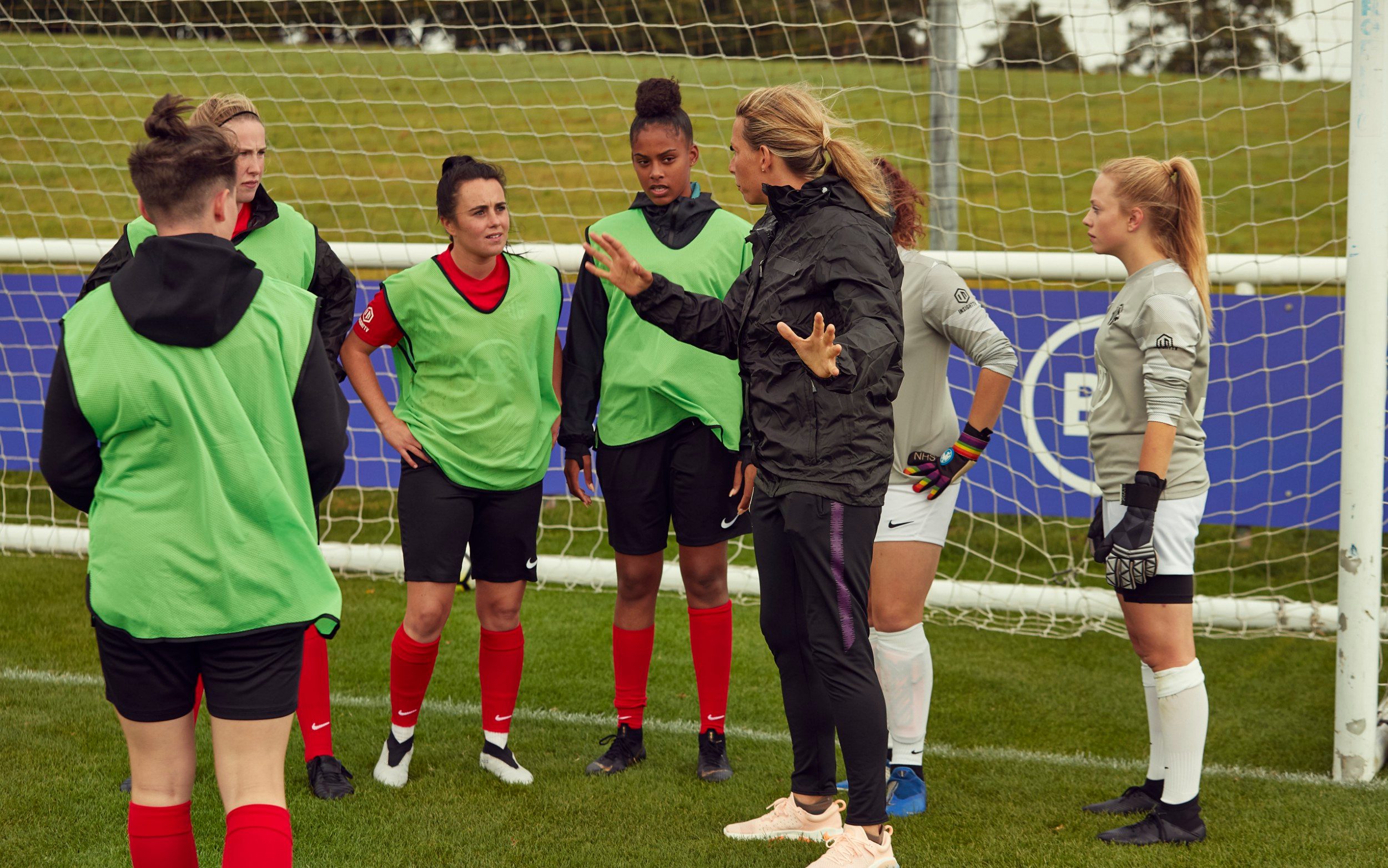 The word “elite” is in our sporting thoughts, with the Government’s latest confusing lockdown edicts seeming to separate sport into the sheep and the goats of “elite” and “non-elite”. For football, the men’s Premier League will be allowed to continue, even Fulham, but how far down the pyramid seems less certain.

To my mind, the distinction between what is elite and non-elite sport as an entertainment or spectacle becomes less meaningful if the action is behind closed doors anyway: if Lionel Messi scores a 50-yard free-kick in a forest and nobody’s watching, did it happen? Was it elite? At what point does any sporting activity become not about excellence but about participation, pleasure, self-improvement and a search for meaning?

A new show on BT Sport on Tuesday, Ultimate Goal, gives 30 female footballers a chance to move, I guess, from being non-elite to elite. Some have had a taste of the professional game, such as Dutchwoman Emma Coolen, but not established themselves at a club. Others had some youth promise but it did not work out for a variety of reasons, or they are on the periphery of the sport in some capacity, like Harriet Pavlou, a football freestyler from Margate who is doing great business with her keepy-uppy videos on something – adjusts pince-nez – called TikTok.

The group is whittled down in the traditional talent show style by judges Eniola Aluko and Rachel Brown-Finnis, and some stardust is sprinkled on proceedings by BT Sport stablemates such as Rio Ferdinand and Peter Crouch, who give coaching tips and masterclasses. It is a tried-and-true TV format for everything from pop singing to cake baking and, if not now then surely soon, running a vital government department.

Like a male version 10 years ago, Football’s Next Star with Jamie Redknapp, or the more recent Jamie Vardy V9 Academy, the televisual appeal is based on the enduring romance of the second chance, the comeback kid, the Cinderella. Who among us has not daydreamed of being spotted fluking in a volley on the five-a-side pitch, or completely out of character, clinging on to a screamer on the boundary rope, only to be approached by an awe-struck passing talent scout: “I have found a genius…”

The idea that there might be greatness out there if only we know where to look is sustaining for all of us: it implies that the meritocracy might not get it right first time, but it gets it right in the end.

The problem with the male footballer talent shows is that they were based on a false premise: that the ruthlessly efficient scouting networks of all the huge sporting institutions around the footballing country could somehow miss someone special. The shows only confirmed that the pro football clubs were getting it right most of the time or, at least, they were not getting it wrong about the people on these TV shows.

For instance, Ben Greenhalgh, who won the first series of Football’s Next Star, was given “a contract” at Inter Milan, but the name of Greenhalgh never rang out around the San Siro. At Ebbsfleet United, Hemel Hempstead Town and Maidstone United (two spells), on the other hand, he did a fine job. But you cannot make a TV series about that.

Given that there is much less money in the women’s game, you could reasonably assume that the clubs will not be quite so invested in relentlessly tracking down and securing the best talents when they are kids. It seems at least possible that there might be a 22-year-old ruby in the dust in the female game, albeit that the talent pool to trawl is shallower.

On the evidence of the first episode of this, what does seem clear is that the show has found a likeable group of young people who are determined, passionate and earnest about making the best of themselves. And perhaps that is elite enough for right now.