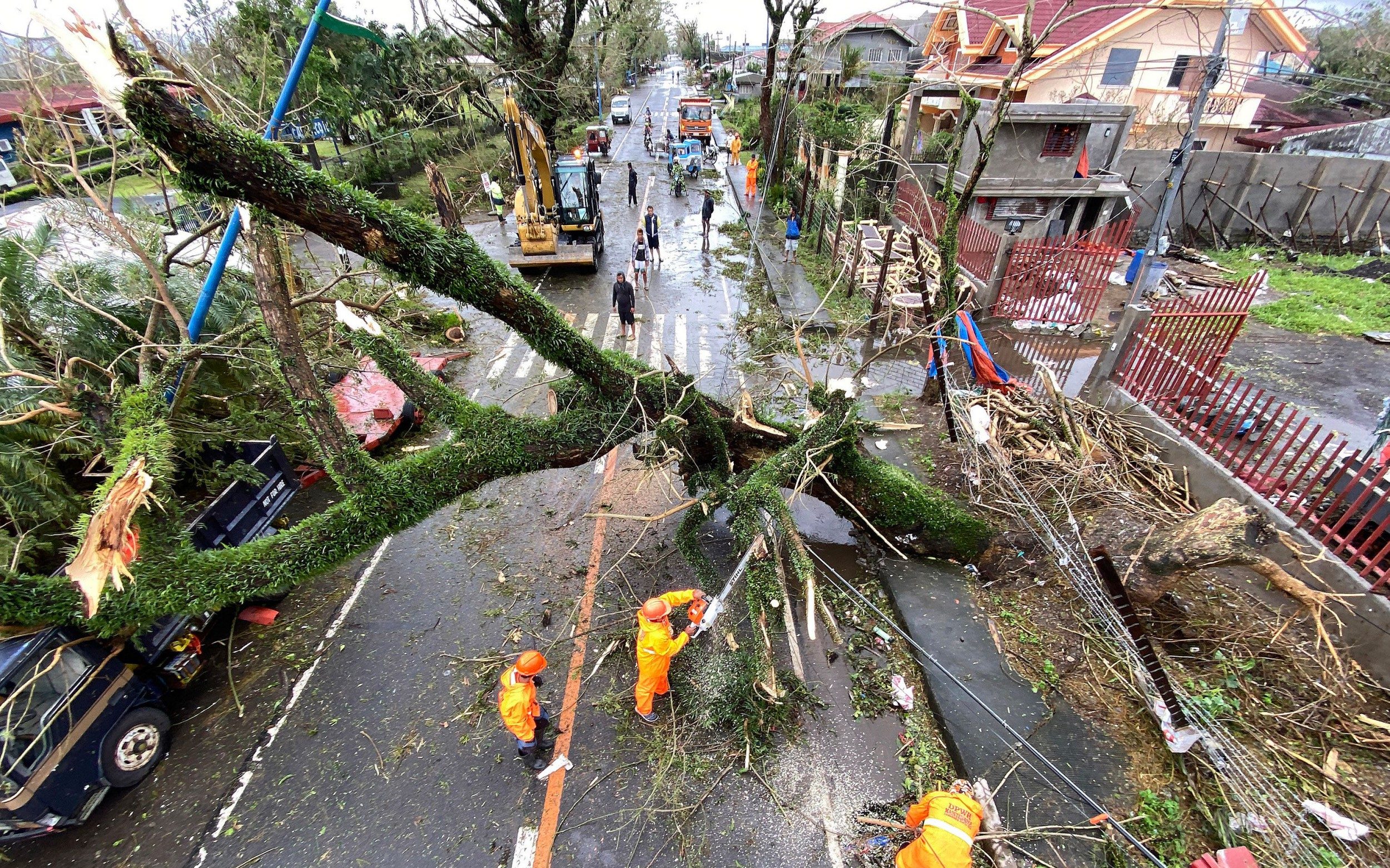 At least four people were killed as Typhoon Goni pounded the Philippines on Sunday with authorities warning of “catastrophic” conditions in the hardest-hit regions where hundreds of thousands have fled their homes.

The strongest typhoon of the year made landfall on Catanduanes Island before dawn with maximum sustained wind speeds of 225 kilometres (140 miles) per hour and gusts of up to 310 kilometres per hour ripping off roofs, toppling trees and triggering flash floods.

Goni was downgraded from a “super typhoon” as it swept across the southern end of the most populous island Luzon towards the capital Manila, the state weather forecaster said in its latest update.

“Catastrophic violent winds and intense to torrential rainfall” would hammer areas in the typhoon’s path, including provinces near the capital, it warned.

“This a particularly dangerous situation for these areas.”

Goni comes a week after Typhoon Molave hit the same region of the natural disaster-prone archipelago and killed 22 people.

At least four people, including a five-year-old, were killed in Albay province, Governor Alfrancis Bichara told a local radio station.

Two of the victims drowned while another was swept away by volcanic mud. The fourth was killed by a falling tree.

“The winds are fierce. We can hear the trees being pummelled. It’s very strong,” Francia Mae Borras, 21, told AFP from her home in the coastal city of Legazpi in Albay.

The roofs of two evacuation centres were torn off by the force of the wind and the occupants moved to the ground floors, the provincial public safety chief Cedric Daep told DZBB radio station.

“Our roads have a lot of debris from the mountains such as branches and sand, some of which came from Mayon (volcano). Some roads are unpassable.”