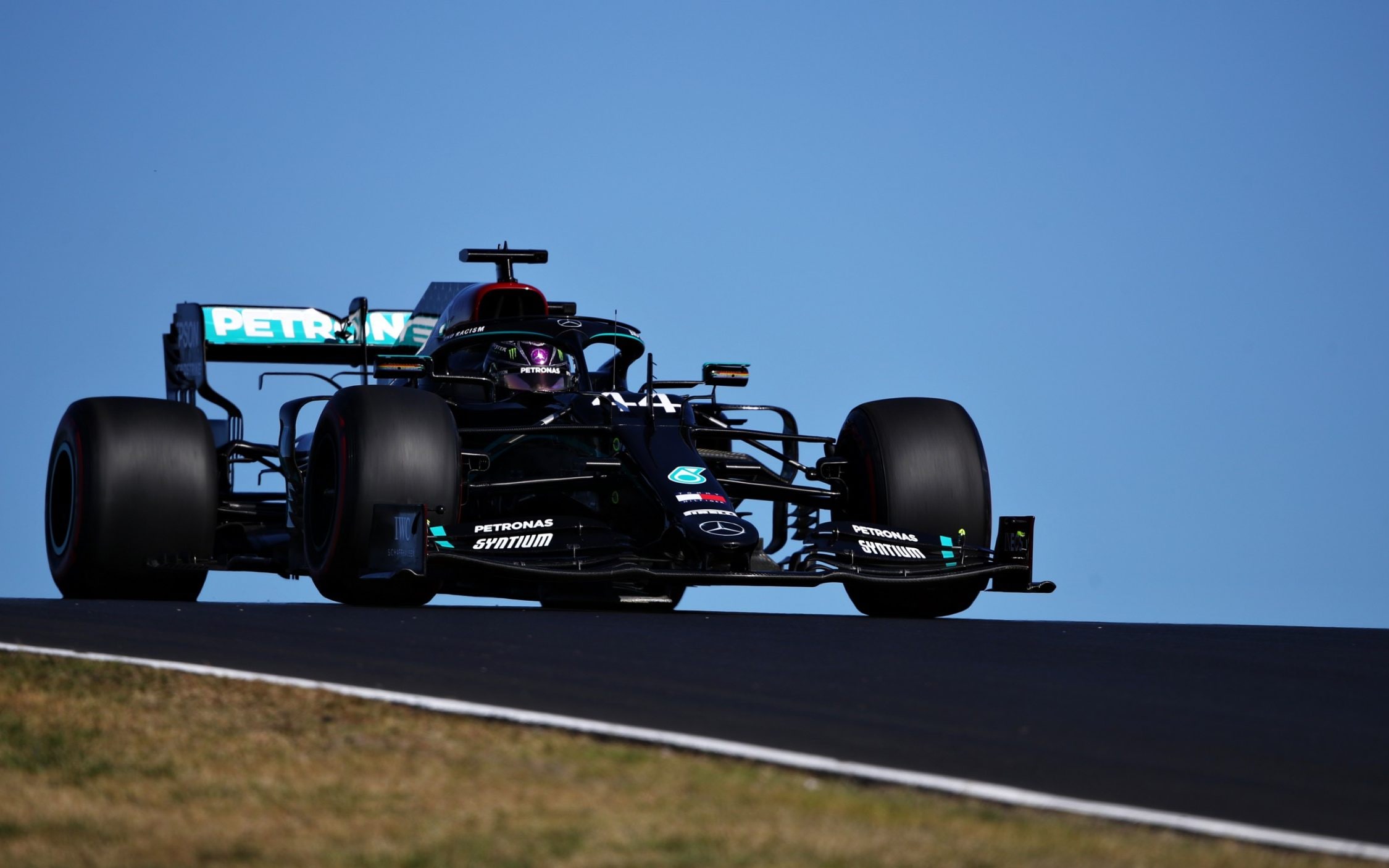 Here’s what Hamilton had to say after his 97th career pole position:

Yes, we’ve got a great car but you’ve got to drive the nuts off it to pull out a lap and Valtteri has been so quick this weekend. As you’ve seen, he’s topped every session. So I’ve just been digging and digging and digging to find that extra time. At the end there I chose to do three laps, to give me a chance to have a stab at beating his time. I think he decided to do one, so I was like ‘OK, this could provide me an opportunity’ and it worked. That last lap it got better and better as I went through it.

Bottas, meanwhile, must have felt fairly downbeat after being quicker than Hamilton, or so he thought, for much of the weekend. Both Mercedes drivers, interestingly, decided to opt for the medium tyres on their second run in Q3, although Hamilton had enough time for two quick laps. Bottas only had enough time for one.

Previously in the qualifying the medium actually felt a tiny bit quicker than the soft and that was the reason and then it was choosing if we do two timed laps with a cool-down in between or just one timed lap. With one timed lap you can have less fuel in the car but you might struggle with the tyre warm-up. I went with that. It was my decision to go for one timed because it worked in Q2 but apparently it seems like doing two timed laps for Lewis was better.

A few other decent performances down the grid, too. Charles Leclerc qualified fourth, an entire 11 spots quicker than Sebastian Vettel. Sergio Perez, who does not yet have a drive for 2021, was fifth for Racing Point, well ahead of his team-mate too. George Russell once more pulled out a superb lap to put his Williams into Q2. He will start 14th.

The race begins at 1.10pm GMT, and I’ll be here for all the build-up, latest updates and reaction from the race.