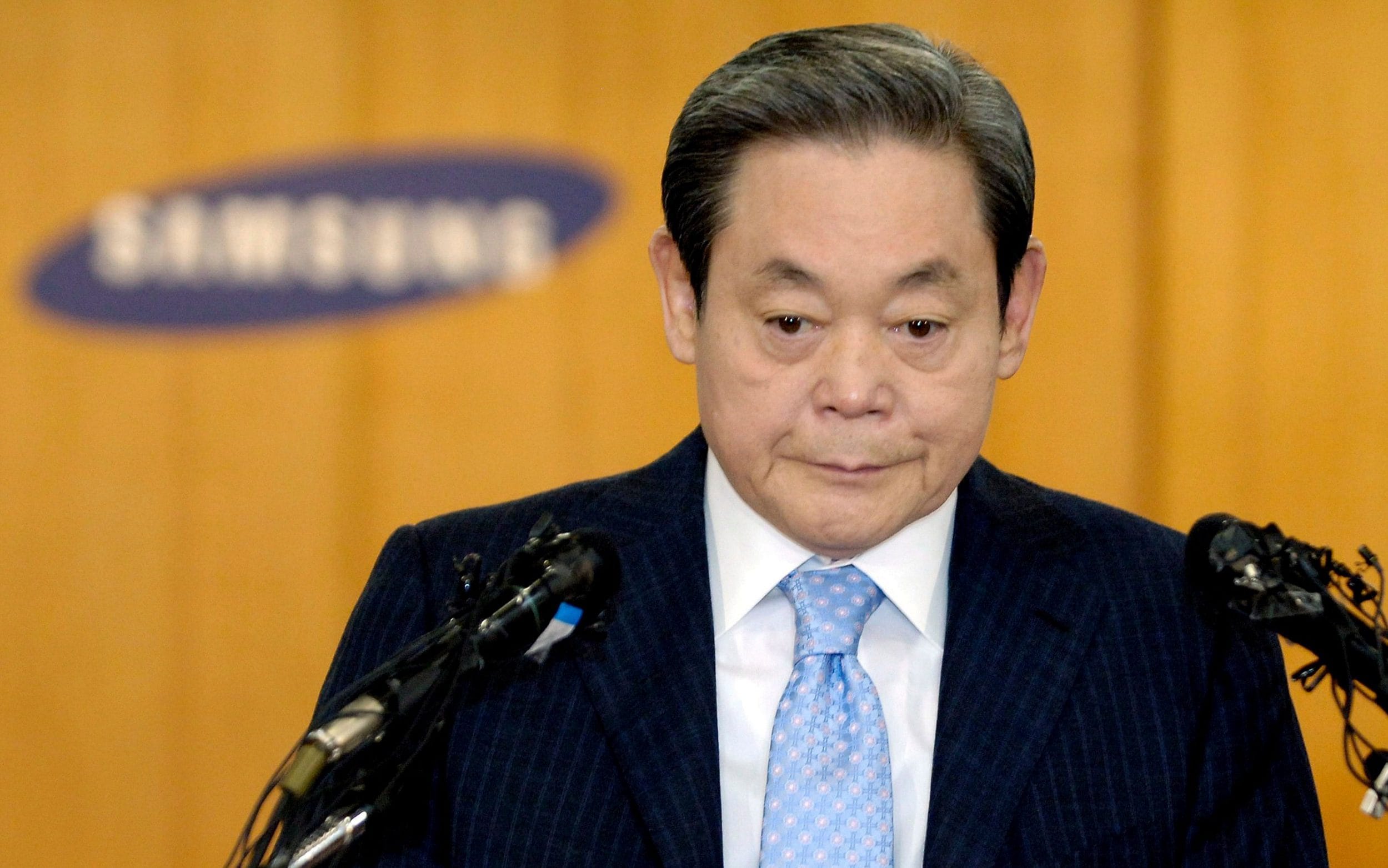 He died with his family by his side, including his son, Samsung Electronics vice-chairman Jay Y. Lee.

Lee Kun-hee, who was 78, helped grow his father Lee Byung-chull’s noodle trading business into South Korea’s biggest conglomerate, with dozens of affiliates stretching from electronics and insurance to shipbuilding and construction.

His death comes six years after he was hospitalised for a heart attack.

Lee Kun-hee had been hospitalised for years and the younger Lee has been in charge of company affairs.

“Chairman Lee was a true visionary who transformed Samsung into the world-leading innovator and industrial powerhouse from a local business,” Samsung said in a statement.

“His 1993 declaration of ‘New Management’ was the motivating driver of the company’s vision to deliver the best technology to help advance global society.”

During his lifetime, Samsung Electronics developed from a second-tier TV maker to the world’s biggest technology firm by revenue – seeing off Japanese brands Sony, Sharp and Panasonic in chips, TVs and displays; ending Nokia’s handset supremacy and beating Apple in smartphones.

“His legacy will be everlasting,” Samsung said.