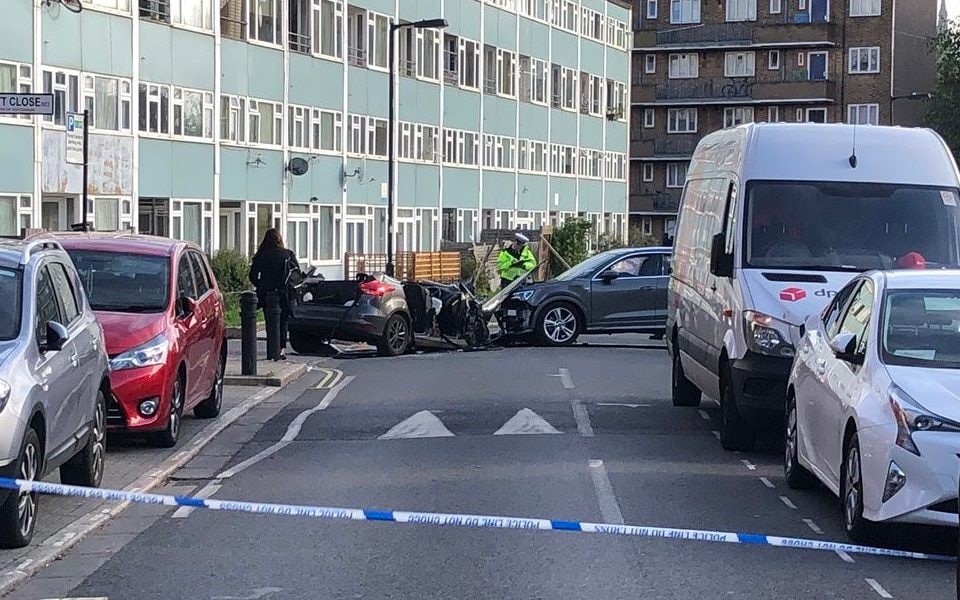 A police officer has suffered potentially life-changing injuries and three others have been hurt in a crash in south London.

A man has been arrested on suspicion of attempted murder following the incident.

The Metropolitan Police said a police vehicle was involved in a collision with another car in Draycott Close, near to the junction with Edmund Street, in Southwark shortly before 1.30pm on Tuesday.

The driver of the other vehicle – a man aged in his 20s, who was taken to hospital with injuries not believed to be life-threatening – was arrested on suspicion of attempted murder.

Another man who was also in the vehicle is believed to have fled the scene, and inquiries to locate him are ongoing, police said.

The Met’s Department of Professional Standards has been informed.