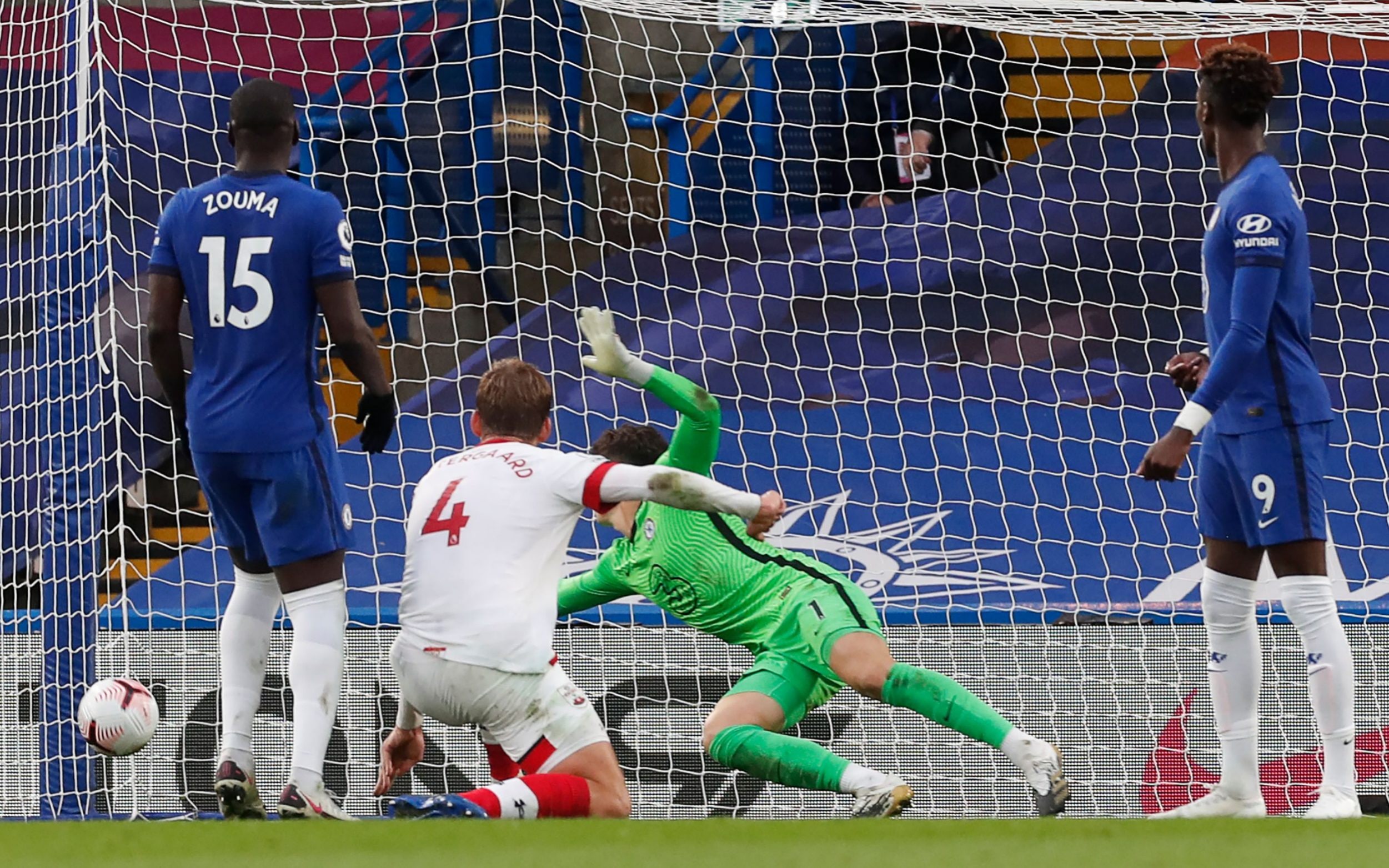 Hello and welcome to Telegraph Sport’s live coverage of this Premier League match between Chelsea and Southampton on Stamford Bridge.

Much has been said and written about the introduction of pay-per-view to Premier League football, but today we get to experience it in the flesh.

Chelsea will be hoping to keep up their strong start to the season against mid-table Southampton, who have improved dramatically after a poor start. Frank Lampard believes a fully firing Hakim Ziyech can help deliver the extra attacking dimension so craved at his club.

Morocco forward Ziyech is in line for his Premier League debut today, having finally shaken off his knee complaint.

The 27-year-old’s summer transfer from Ajax was announced back in February, and Ziyech made a promising debut in the 1-1 friendly draw at Brighton in August.

Asked if adding a match-sharp Ziyech can take the new-look Chelsea to another level, Lampard replied: “Yeah, and I think there’s a combination of things.

“If you’re bringing in players, you’re always looking to build relationships all over the pitch whether it be full backs and wingers, strikers and people playing behind them.

“Those things can only be worked on. When we didn’t have a lot of these players fit or ready, the ones we brought in.

“Now we’re seeing they are starting to get fit and with time on the training ground, relationships on and off the pitch can grow.

“We’ve got a lot of work to do. We’re not the end product. Other teams have shown in the last two or three years how long and the work it takes to become one of the top teams in the world and we have to do it in our own way.

“We’re at the start of that journey in a lot of ways. We’re working and it continues all the time to improve. Hakim is in the squad for Saturday, he’s not fit to start but is fit to participate for some minutes we hope.

“We brought Hakim here, and that feels like a long time ago now, but he also hasn’t played since the Dutch league finished during lockdown.

“It’s a long time and he’s worked so hard, he’s been fantastic in terms of his professionalism to get fit, and he looks really good in training.

“I’ve got a really open relationship with him to know where he’s at, and how I feel about it. So it’s just game minutes that he needs now.

“But of course, I’m excited to get him in and around it, to bring what we brought him to the club for.

“Which is the opportunity to create chances for us, to be the talented player that he is and we saw at Ajax. And I look forward to seeing him play.”