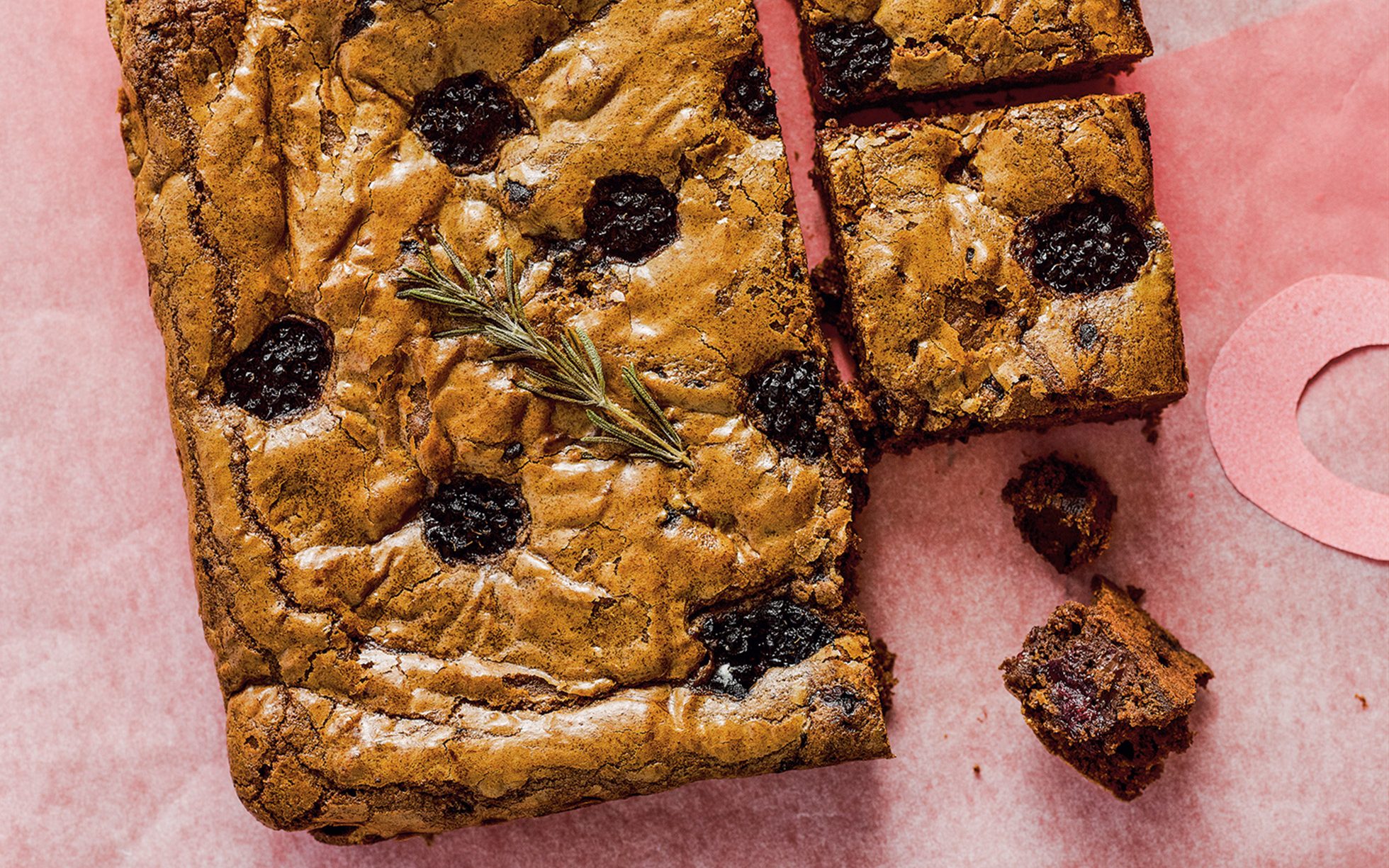 Rosemary is surprisingly good with chocolate – I’ve been making chocolate and rosemary pots for years – and it’s also good with berries and plums.

* Diana’s conversions may differ slightly from the standard