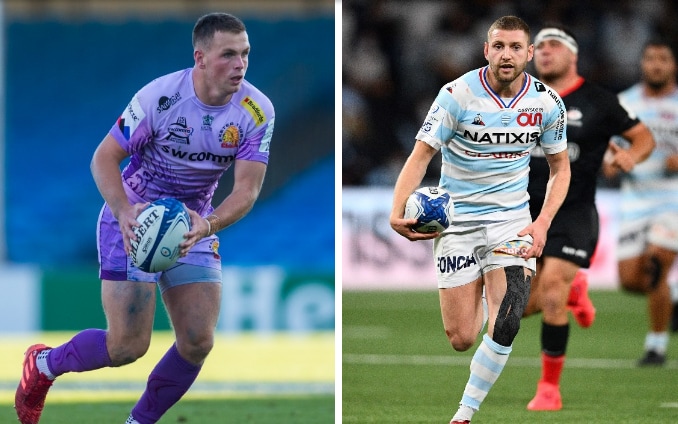 It is the final of the 2019-20 Champions Cup between Exeter Chiefs and Racing 92.

Exeter beat Toulouse at Sandy Park in the semi-finals two weeks ago, while Racing pulled a late rabbit out the hat to conquer reigning champions Saracens in Paris.

The competition is guaranteed a new winner, too, as neither of these two have won the Champions Cup previously. Furthermore, this is Exeter’s first final, while this will mark Racing’s third visit to Europe’s showpiece, having lost to Leinster and Saracens respectively on their two previous appearances.

When is the match?

The Champions Cup final is on Saturday, October 17.

The match is on BT Sport 2, with coverage starting at 4pm, and Channel 4, where coverage starts at 4.15pm. You can also follow all the action right here when our live blog kicks off.

What is the latest team news?

Although the teams are yet to be announced, there has been good news this week in that Exeter announced that they had no coronavirus positives in their squad, while Racing have had no further confirmed positives since the virus cut through their squad at the start of the month, resulting in nine positive tests and forcing the squad to fly into a protected bubble at Porto Vecchio in Corsica on Sunday.

But it is very much advantage Exeter in terms of preparation, with Finn Russell suggesting on Wednesday that his team’s build-up to the final has been hampered.

The Chiefs, too, will be buoyed by the news that Jack Nowell is back fit and available for selection; Rob Baxter’s squad will be at full strength.

What are the Telegraph writers saying?

Revealed: The secrets of the Exeter talent factory​

It would be wrong to depict Saturday’s showpiece as simply one between yokels and yuppies. The Chiefs are as driven by commercial viability as their opponents, a state of affairs reflected in the fact that they are the only Premiership club to turn a profit (£909,432) and have bold plans for their future. Yet it is equally true that they trade on their local roots.  (To read the full article, click here)

This one will all boil down to whether Exeter’s organisation, patience and poise can triumph against Racing’s organised chaos. For 75 minutes in the semi-final, Saracens looked like they had the better of their Parisian counterparts but then the switch flicked, Finn Russell, Virimi Vakatawa et al ignited and in no time at all Saracens found themselves dumped out of Europe.

Saracens’ flaw was that they were not one converted score clear of Racing heading into the last 10 minutes, which gave Racing just enough motivation to feed enough. It tempted them just enough to strike.

But this Exeter machine is well oiled. They have great depth to join in the party from the bench, and they should just about have enough to get the job done for the first time in Europe.