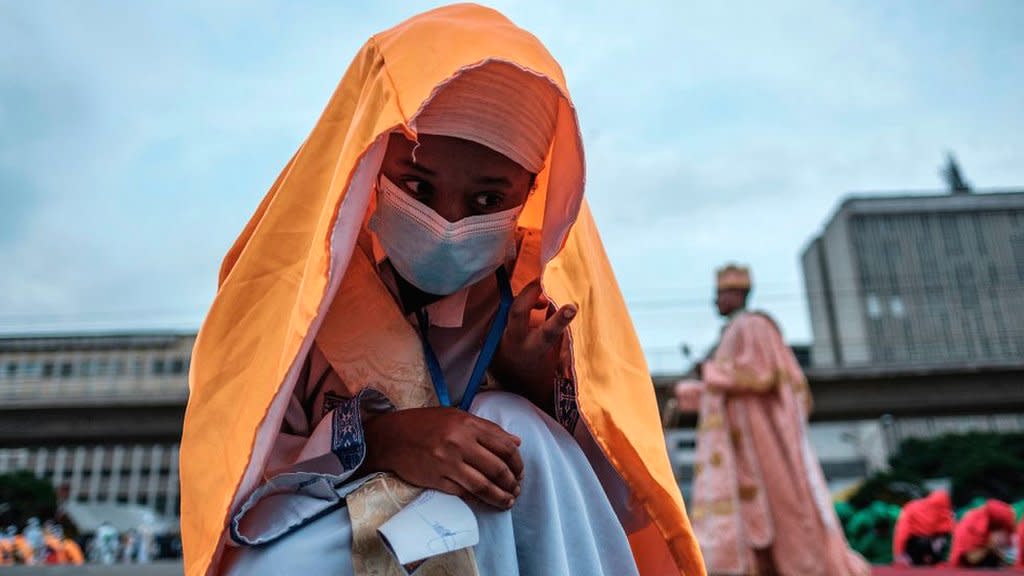 The World Health Organization (WHO) has said the Covid-19 outbreak in Africa may have passed its peak, but warns governments not to be complacent as countries relax their restrictions.

The number of new daily confirmed cases overall has started rising after dropping since mid-July, and the WHO says there’s been a “substantial rise in deaths” over the past week.

At what rate is coronavirus spreading?

The number of new cases reported during the week ending 11 October in the WHO Africa Region – which excludes Morocco, Tunisia, Libya, Egypt, Somalia, Sudan and Djibouti – was 11% higher than the previous week.

The number of new deaths increased by 27% – the highest rate of increase in all WHO regions. But the Africa region only accounts for 3% of new deaths reported globally.

The WHO says the rise in the number of new cases is partly due to increases in South Africa and Ethiopia, and in Kenya where reported numbers doubled compared with the previous week.

And although cases went down slightly in Uganda and Algeria, these two are still among five countries reporting the highest number of new cases in the WHO Africa region.

Across the region as a whole, there were 21 out of 47 countries reporting increases the week ending 11 October – up from 14 countries the previous week.

The increase in deaths was mainly driven by an increase in newly reported deaths in South Africa, Ethiopia and Angola.

Earlier this year, the global humanitarian relief body, the International Rescue Committee, warned that the true scale of the pandemic in Africa may be hidden because of a lack of testing and issues with data.

And the WHO says changes in testing capacity and strategy can also affect numbers.

Which countries have been most affected?

South Africa has the highest recorded number of total cases and reported deaths in Africa.

Prior to the latest rise, daily reported numbers and hospital admissions had been falling for nearly two months.

Health Minister Zwelini Mkhize recently said they had confirmed the country was now officially past the surge.

However, there’s been some concern that the country could be missing some cases, and that the virus has been spreading in rural areas.

And research from the South African Medical Research Council (SAMRC) indicates the number of people who have died from the virus could be much higher than reported.

It says excess deaths, which is the difference between deaths over a particular period and the historical average, rose by 17,000 – that’s a 59% increase compared with previous years.

Morocco has overtaken Egypt and has the second highest number of cases, although Egypt is still the second in terms of deaths recorded so far.

Egypt has the third highest number of cases, followed by Ethiopia and Nigeria.

The reported death rate per capita has been low compared with other parts of the world, despite the poor health infrastructure in many African countries.

The WHO says this could be partly because of the relatively young population in Africa – more than 60% under the age of 25.

Covid-19 is known to have a higher mortality rate for older age groups, and among people health problems like obesity and type 2 diabetes which are also less common in Africa.

Experts also say expertise in epidemic control from tackling other outbreaks, cross-immunity from other coronaviruses, low travel and outdoor living could also be contributing to Africa coping better.

In terms of what proportion of people who get Covid-19 go on to die, there were 12 African countries with rates comparable with or higher than the global average rate of 2.9% on 8 October.

How much testing is done in Africa?

There are wide variations in testing rates, with South Africa doing the most and Nigeria doing relatively few per capita, according to Our World in Data, a UK-based project which collates Covid-19 information.

About half of the countries on the continent have a ratio lower than the benchmark of doing at least 10 tests for every positive case recommended by the Africa CDC.

And in some countries, there’s insufficient data available on testing to know how much is being done.

Send us your questions