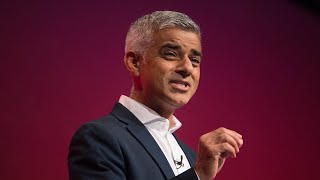 If the city moves up a notch to “high”, then mixing between different households or social bubbles could be banned indoors, including in pubs and restaurants.

A spokesman for Mr Khan said: “The virus is now spreading very quickly in every corner of London. The number of cases is rapidly increasing and all the indicators we look at are moving in the wrong direction.

“As of today, London is at ‘medium’ in the Government’s new alert levels. However, Londoners should understand that this could change very quickly – potentially even this week.”

The mayor discussed the new alert system with local leaders in the capital on Monday, and they are understood to have agreed further restrictions will soon be needed if the figures continue on the current trajectory.

His spokesman added: “Discussions with London leaders, scientific advisers and the Government will continue over the coming days and the mayor will be as clear as possible with Londoners about what they can expect as soon as possible.

“Nobody wants to see new measures that will impact on businesses in London such as the hospitality sector – least of all the mayor – but we have a responsibility to act on the evidence if it will save lives.”

Groups of up to six people would still be able to meet outdoors in public spaces and private gardens if the capital was moved into the “high” level.

Mr Johnson told MPs that “most areas” currently subject to heightened restrictions would be placed at this level, but so would Nottinghamshire and East and West Cheshire.

Nottingham has the highest Covid-19 rate in England, with 843 new cases per 100,000 in the seven days up to October 9. Cheshire West and Chester is on 167 and Cheshire East is on 146. The interactive map below spells out the extent of infection in the regions: