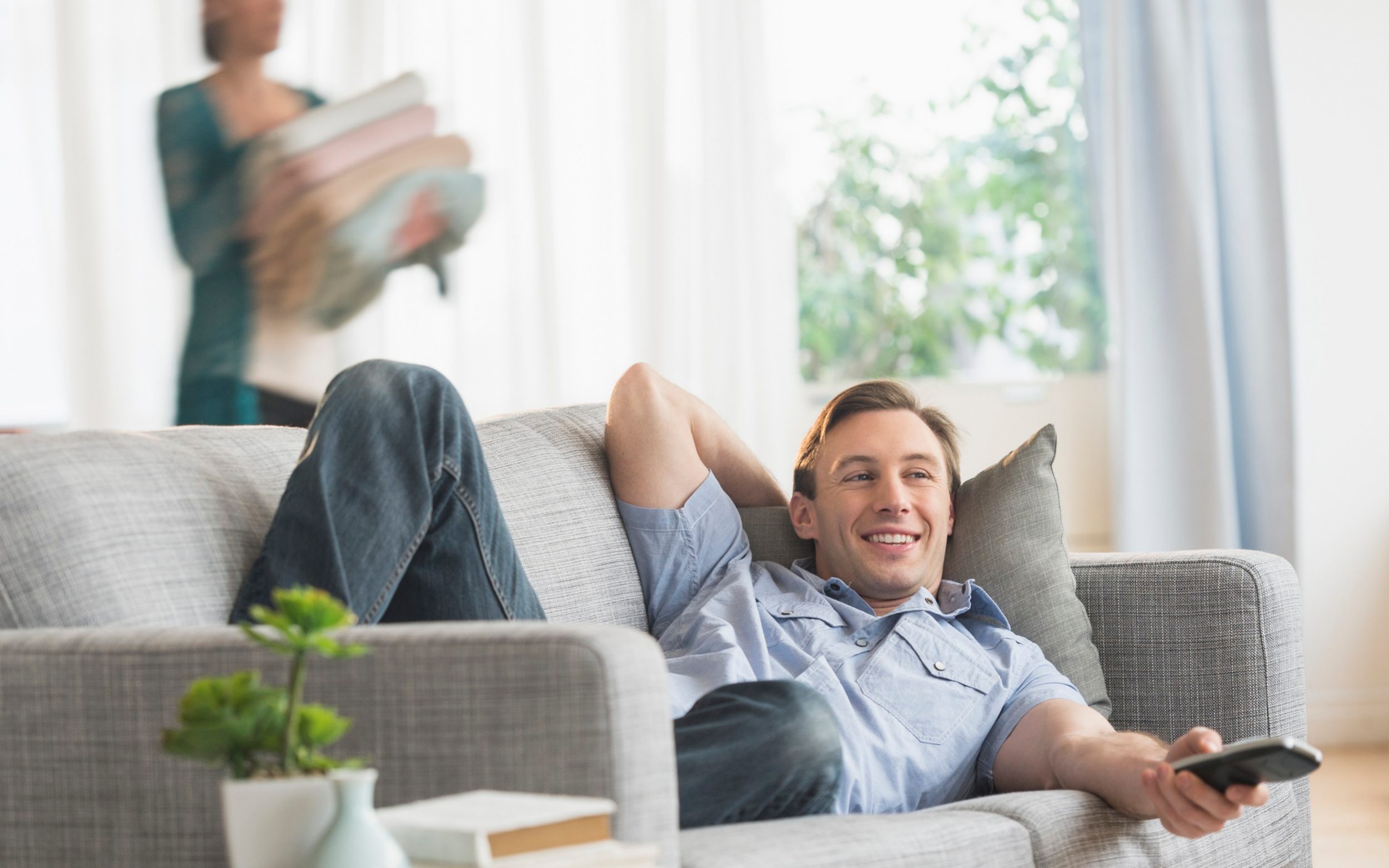 The Black Friday sales in November are a chance to upgrade your television – whether for a bigger screen or for better picture quality. And, due to the huge savings to be made, it’s a relatively guilt-free experience.

While this year’s discounts have not yet been announced, we have analysed last year’s sales and TV retailers’ trends to predict the best TV deals for Black Friday 2020. As an overview, many of last year’s sales items were smart 4K Ultra High Definition models with HDR. We predict retailers will not only be selling more up-to-date versions of these models, but also last year’s models at significantly reduced prices.

For the specific models to look out for during the deals, we have compiled the below guide, focusing on the biggest TV brands. We have also included a complete jargon-busing cheat sheet to screen sizes, smart TVs and the difference between LED and OLED, to prepare you.

Predictions on the best TV deals for Black Friday 2020

During last year’s Black Friday sales, LG had impressive discounts on models that seemed to tick all the boxes – they were smart TVs (often with an in-built Google Assistant), with large screen sizes (at least 55 inches) and Smart 4K Ultra HD screen quality. There were big savings to be made; for instance, the LG 55SM8200PLA had a £200 discount, retailing at just £599.

This year we predict another round of sales on LG smart TVs, perhaps with even bigger screens on offer at lower prices, given that the 65-inch LG 65UN7100 Ultra HD 4K, HDR, Smart TV is already on sale at very.co.uk with a £200 discount.

LG has really pushed to expand its selection of Smart TVs (there are now 79 on offer) and we predict that the AI-enhanced TVs, with Google Assistant built in, will feature in this year’s sales.

It is also possible that OLED TVs (which have optimal screen quality) could make an appearance. LG currently dominates the OLED market, with 27 available models. Last year, there was a £500 discount on one OLED model. This year, our money’s on the LG OLED55CX6LA being in the sales, as Currys is already offering £100 discount on the 55″ Smart 4K Ultra HD HDR OLED TV, with in-built Google Assistant and Amazon Alexa.

Last year, there were some great deals on Samsung’s more premium TV sets – including Samsung The Frame, which has an “art mode” and makes it look like you have a 49-inch picture hanging on your wall.  The Frame was reduced to £999 down from £1,499. Similarly, there was an impressive deal on their Ultra HD 8K television, the QE55Q950R – the TV with premium picture quality was being offered from £2,699, with a free Samsung Galaxy Note 10+ included in the deal.

This year, however, we predict that the deals will also spread to some of Samsung’s QLED devices, as this technology will be two years old by Black Friday 2020. There are already savings to be made on the 85-inch QE85Q60TAUXX Smart 4K Ultra HD HDR QLED TV, with Bixby, Alexa and Google Assistant, which you can buy at a discounted rate from Currys.

In recent years, Virgin Media has launched a range of Black Friday deals, including some great discounts on their TV, phone and broadband bundles. Even better, the company has been known to offer additional free gifts to those who make a purchase during the sales.

As well as gaming and mobile phone offers, the television, landline and internet provider previously reduced their Full House Bundle, including fibre broadband and more than 300 TV channels, from £56 to £46 per month.

Virgin has offered promising deals in the past – such as their bundle TV and broadband package, which was reduced from £62 to £45 a month (for the first 12 months) last year. Whilst this year’s deals are still unknown, Virgin has already had a flash sale from September 28 – 30, offering up to £150 bill credit on selected bundles. Such reductions are promising, as they could be repeated on a bigger scale on Black Friday.

In previous years, NOW TV has launched offers on their viewing passes, with two months of entertainment for the price of one and 12 months reduced from £95 to £45.

In addition to discounted entertainment passes, this year we predict NOW TV will cut the price of their Smart Stick –which is currently just £24.99.

Other deals to look out for

Some of the best TV deals last year were on products from Hitachi, Panasonic and Philips, so we can expect some equally impressive deals for Black Friday 2020.

The 50-inch Hitachi 50HK25T74U Smart 4K LED TV was on sale last year, and we can predict sales on their newer Smart TV models this year.

In last year’s sales, Sony‘s new OLED model, the Sony Bravia KDAG8 (2019), was significantly reduced. This year, given that there is a new Bravia model, we predict there will be even more significant reductions on the 2019 model (which you can buy at very.co.uk). We’re also not ruling out a discount on the 2020 model which, given that it is fairly expensive (currently retailing at £1,599 at John Lewis),  might have its price dropped to entice more customers.

Philips, too, is jumping on the OLED trend. In previous years, Currys has offered Philips OLED models (such as the 65-inch 65OLED803/12) at a discounted price. Last year, however, Philips’ standout offering was its Ambilight models, such as the Philips 50PUS7304/12 50-Inch 4K UHD Android Smart TV with Ambilight – which was over 50 per cent off on Amazon. These TVs stand out because of their backlight, which reflects the colours of the screen on to the wall behind, creating a more immersive experience. We would not be surprised if these models will be significantly reduced in the sales.

What to look for when buying a TV

Buying a television is a huge investment – not just from a financial perspective, but also because it takes prime position in your living room, the heart of any home.

As such, you need to take a lot into consideration if you want to buy a new TV in the Black Friday sales. Not sure where to start? We have you covered. Our cheat sheet below untangles the technical jargon (OLED, QLED and LED) and covers everything you need to know about screen sizes and sound quality.

While bigger isn’t always better, it’s worth noting that manufacturers often reserve their premium OLED and QLED models for larger screen sizes. As such, Telegraph writer Jack Rear recommends going for a TV that’s at least 55-inches (NB: this is the distance from the bottom left to the top right of the screen, not its width).

The screen should be parallel to your eyes, with no more than a 15-degree tilt upwards or downwards, or a 40-degree angle left or right.

Picture quality: What is 4K and Ultra HD?

Imagine your TV like a mosaic, with each pixel a tile. The more tiles, the more detailed your mosaic will be. A standard high-definition TV has two million pixels. A 4K TV has eight million, so the detail will be much better.

The term 4K therefore refers to ultra high-definition picture quality, and it is interchangeable with the term Ultra HD (or UHD on some models). A 4K Ultra HD has a premium screen resolution, with eight million pixels in total – which is four times as many as a HD TV. This means you get a crisper picture on the screen.

In general, you should aim for a 4K television, as they are the highest-quality televisions – aside from the 8K televisions.

However, 8K televisions aren’t always supported by the majority of broadcasters, and you can’t stream 8K or even buy 8K Blu-Rays.

Until 8K becomes more mainstream, it’s best to stick to 4K TVs. Nearly all of these models have the ability to ‘upscale’ standard HD content, and premium 4K models might include HDR (High Dynamic Range), a contrast-boosting systems that makes colours more vivid on the screen.

You may see other terms when researching a TV – such as “Full HD” and “HD Ready”. To clear up any confusion, the below is a hierarchy of TVs, ranked from the best picture quality to the worst:

The brightness of the TV screen depends on whether it is an LED, OLED or QLED device. An LED television uses a backlight and turns off areas of light during dark scenes. If you combine this with a HDR, you can get better screen resolution because of the contrast of colours.

OLED (Organic Light Emitting Device) TVs have a more complex system. The pixels in these TVs emit their own light when electricity passes through, as opposed to relying on a backlight for brightness. As such, the pixels turn off their own colour during dark scenes – so dark colours appear darker and bright colours appear stronger. This method also means that OLED devices have a lower power consumption thn LED TVs.

QLED (Quantum Dot Light Emitting Diode) technology was designed by Samsung and announced in 2018. QLED televisions use particles that are able to radiate far more colours at a greater brightness, as they have a microscopic particle filter.

What is a Smart TV?

A Smart TV will incorporate apps, catch-up services, streaming channels (such as Netflix and YouTube), and will give you access to the internet.

As screen size continues to get thinner, there is less space on the models for front-facing speakers. Therefore, we suggest either investing in a model with Dolby Atmos sound (for a cinematic effect) or finding a soundbar – which are usually in the Black Friday sales, too.