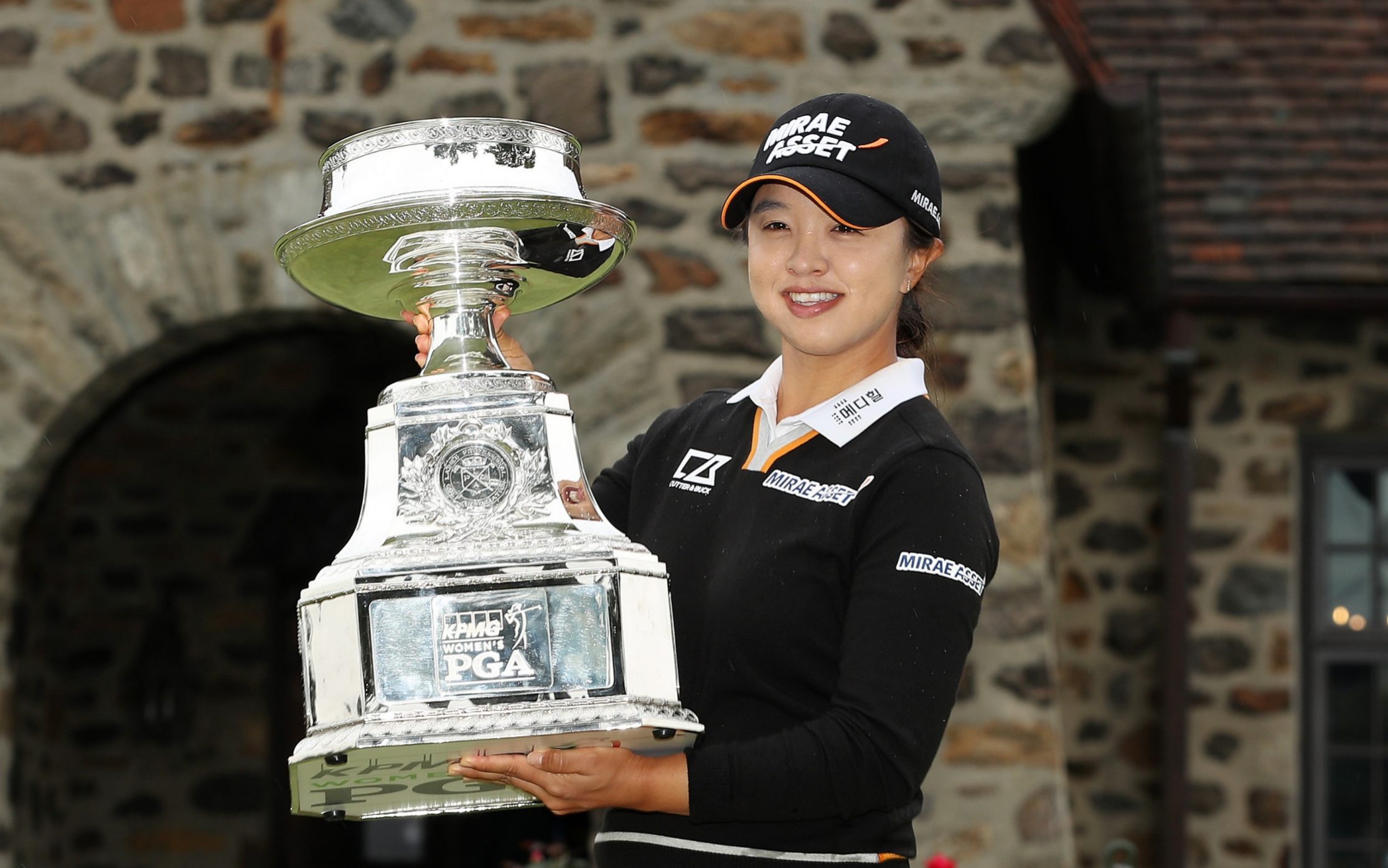 Charley Hull notched up her best finish in the Women’s PGA Championship on Sunday night with a tie for seventh but, like every other pro in the Aronimink field, she had to bow in amazement to the runway winner Sei Young Kim, who shot a remarkable 63.

So much for the Koreans having a year off from the majors because of the Covid-19 crisis. The world No 1, Jin Young Ko, and a few more of the top-ranked celebrated “Seoul Sisters” crew may have been missing, but Kim ensured their flag would keep flying proudly with her 14-under total for a resounding five-shot victory.

In second place came Inbee Park, another Korean legend of the game with seven majors to her name. Aronimink, the forbidding layout in Philadelphia, was supposed to prove a challenge to Kim’s two-shot overnight advantage, but the pacesetter reduced the task to a bogeyless waltz, producing one of the most dominating displays in recent major history.

Park had three birdies on the front nine as she tried to match Mickey Wright with a record fourth win in the PGA. “I thought 65 will definitely do it,” Park said. “I was thinking maybe like five to six-under is a good number to kind of post and just see what happens. But obviously Sei Young was just much better than anyone else out there today. She was just really untouchable.

Kim’s round was the lowest of the week. ”I stuck to my game plan,” Kim, who revealed she didn’t look at the scoreboards, said. “Just focused one shot at a time. I didn’t want to play like this was my final round but just stick to my momentum that I’ve played all week, so that worked out.”