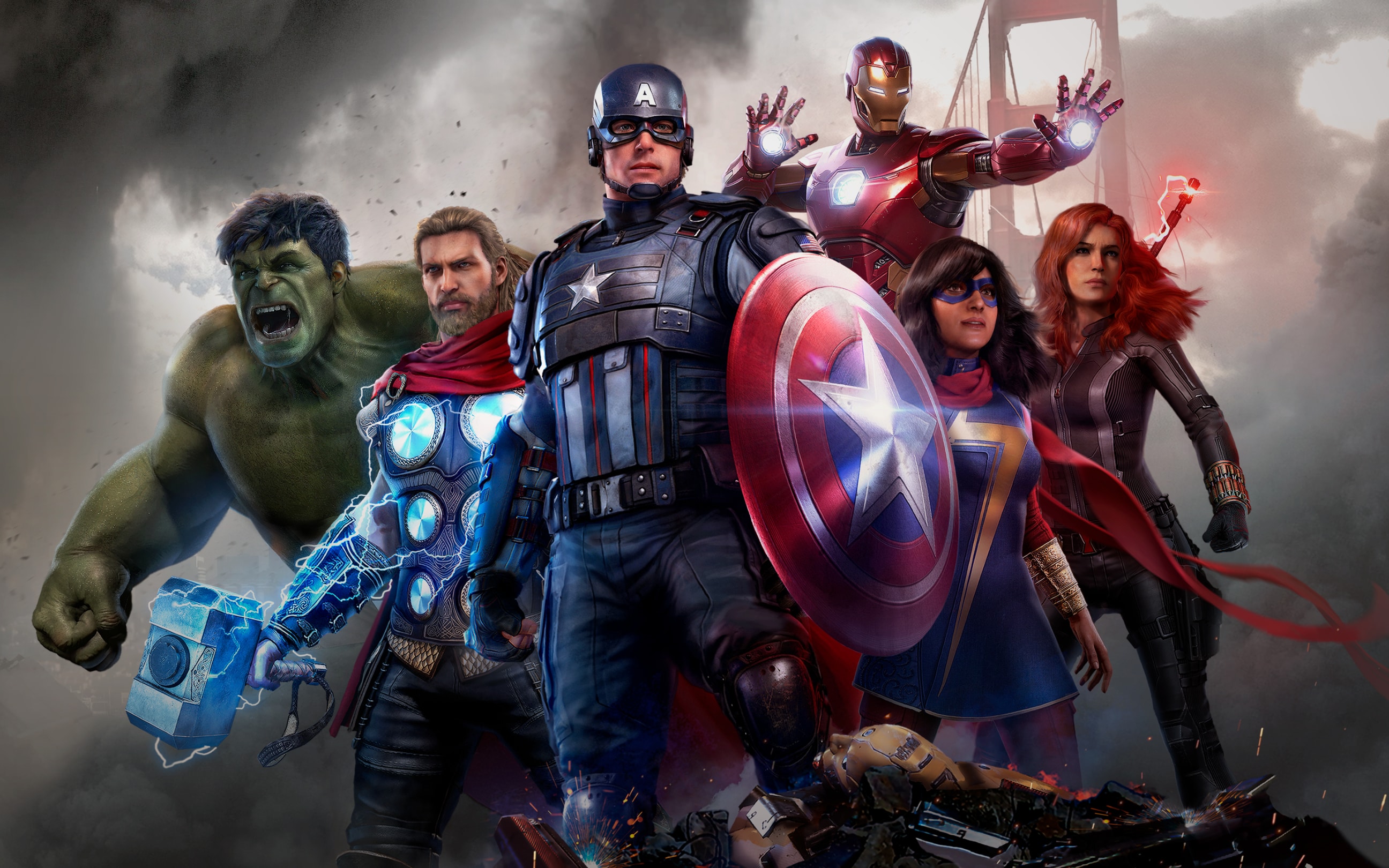 Far from being the slamdunk it should have been, Crystal Dynamics punchy take on Marvel’s Avengers -that ubiquitous band of superheroes- has travelled a more troubled path. Much of its apparently grind-tastic approach to video games –basing its loot-based multiplayer on the likes of Destiny— left the watching world cold in the run-up to release. A curiously soulless and overwhelmingly corporate cash-grab was the impression. Something not assuaged by a fairly clumsy beta. And now, just a month after release, it finds itself struggling to keep its players invested.

After a period of reflection, it’s clear this Avengers game -while not free of feature creep and significant structural issues- is more finely crafted and comes with a good deal more heart than its early showings let on. Tellingly, most of this comes through in its initially unheralded single-player campaign. A flashy if short-lived narrative that makes the bold choice of putting Kamala Khan -aka Ms Marvel- at the centre.

As an Avengers superfan, Khan finds herself at A-Day, a celebration of the merry band that goes terribly wrong after a supervillain attack. By teatime, Captain America is presumed dead, the other Avengers are vilified and scattered to the wind, while scores of citizens are marked as ‘inhumans’ after they develop superpowers of their own. Kamala is one of them, able to stretch and reshape her limbs to grapple across city rooftops or give bad guys a good bashing with a giant fist.

Five years later, amid a totalitarian takeover of the US by robotics company AIM -which has requisitioned all of Tony Stark’s fanciest toys- Kamala has made it her mission to track down the Avengers and set things right. She is a thoroughly engaging lead, both resolute and wide-eyed at seeking out and meeting her heroes. Her own excitement upon meeting The Incredible Hulk and co translates to the player, who in turn gets a new superhero to bash AIM’s robots in with. Kamala is a teenager riven with self-doubt and a certain degree of naivete, making her the perfect foil for the downtrodden and bickering Avengers. The game has genuinely smart flashes in its narrative as Kamala helps piece the broken team together against the backdrop of a dystopian America brainwashed by AIM propaganda.